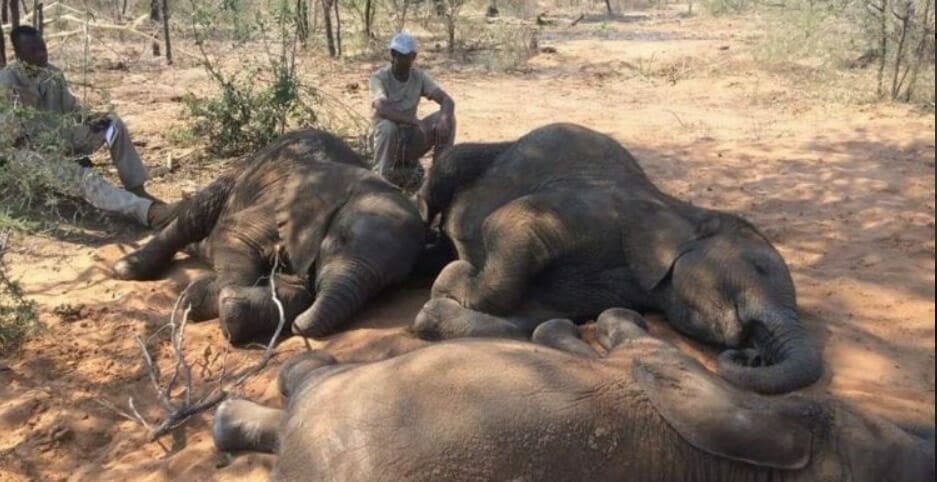 The carcasses of 87 elephants have been found near a protected game reserve in Botswana, according to reports.

As per the BBC, non-profit conservation organization Elephants Without Borders spotted the dead animals during one of their aerial surveys.

“I’m shocked, I’m completely astounded. The scale of elephant poaching is by far the largest I’ve seen or read about anywhere in Africa to date,” Dr Mike Chase from Elephants Without Borders told the BBC.

As per Chase’s Elephant Poaching Incident Report, obtained by NPR, he explained: “All carcasses [were] presumed to be poached, because all of them had their skulls chopped to remove their tusks. Poachers tried to hide their crimes by concealing the mounds of rotting flesh with drying bushes.”

“The varying classification and age of carcasses is indicative of a poaching frenzy which has been ongoing in the same area for a long time,” the report says.

RT BiologistDan: Aerial surveillance in Botswana over the past couple weeks has found up to 90 dead #elephants, their tusks violently removed. The government has recently disarmed wildlife rangers allowing an increase in poaching. RT to urge govt to #BeK… pic.twitter.com/7hhyfZPQzn

In addition to the elephants, three white rhinos were discovered amongst the victims of the massacre. Reportedly, poaching in the area is a problem that has been going on for months.

37% of the planet’s endangered elephant population live in Botswana. Their numbers shrank by 30% between 2007 and 2014, according to NPR, with not even sheltered protection able to eliminate the threat. In this instance, the carcasses were found close to the 22 square kilometer Okavango Delta Game Reserve.

Almost 90 elephants have been found dead in Botswana in the "biggest ever" reported slaughter by poachers pic.twitter.com/V1Nhk94dVQ

Up until May of this year, the Botswana government was cracking down hard on poachers. New president Mokgweetsi Masisi, however, disbanded the unit tasked with combatting poaching, which had previously retained the right to use force of arms against poachers. As a result, the government put paid to a strategy that had worked previously: Poaching was rare before the change.

“The poachers are now turning their guns to Botswana. We have the world’s largest elephant population and it’s open season for poachers,” Chase said, as per the BBC.

Trophy hunting should be a thing of the past and has no place in the modern world! Share this post if you feel the same way.