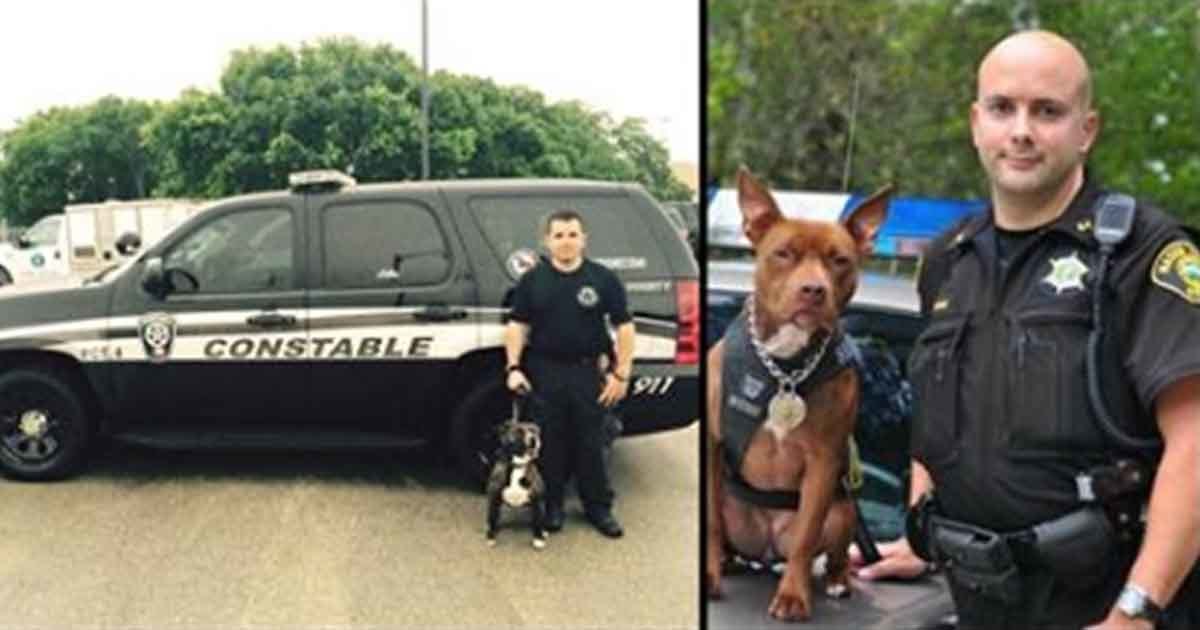 Some American police officers had difficulty finding dogs they could train to be police dogs. So they came up with a novel idea to recruit new K9 officers—they turned to their local animal shelters.

In the United States, several police departments are turning to shelters to adopt homeless dogs.

The reason is that they’ve realized that they can train shelter dogs to become police dogs.

We’re used to seeing shepherds at the side of police officers. But these officers have proven that even pitbull terriers are well-suited to be police dogs.

Even though pitbulls have a bad reputation in some quarters, the dogs are actually loyal and friendly.

Now, several American police departments have started training them to do everything from detecting drugs and explosives, to finding lost people and stopping fleeing criminals.

Training shelter dogs saves the police money, since German shepherds can cost thousands. And adopting dogs from the shelter also save lives, since the dogs might have been killed otherwise.

What a wonderful initiative by the police! All dogs deserve a home, and I’m convinced that these dogs have a great future in the police force. Share if you agree!