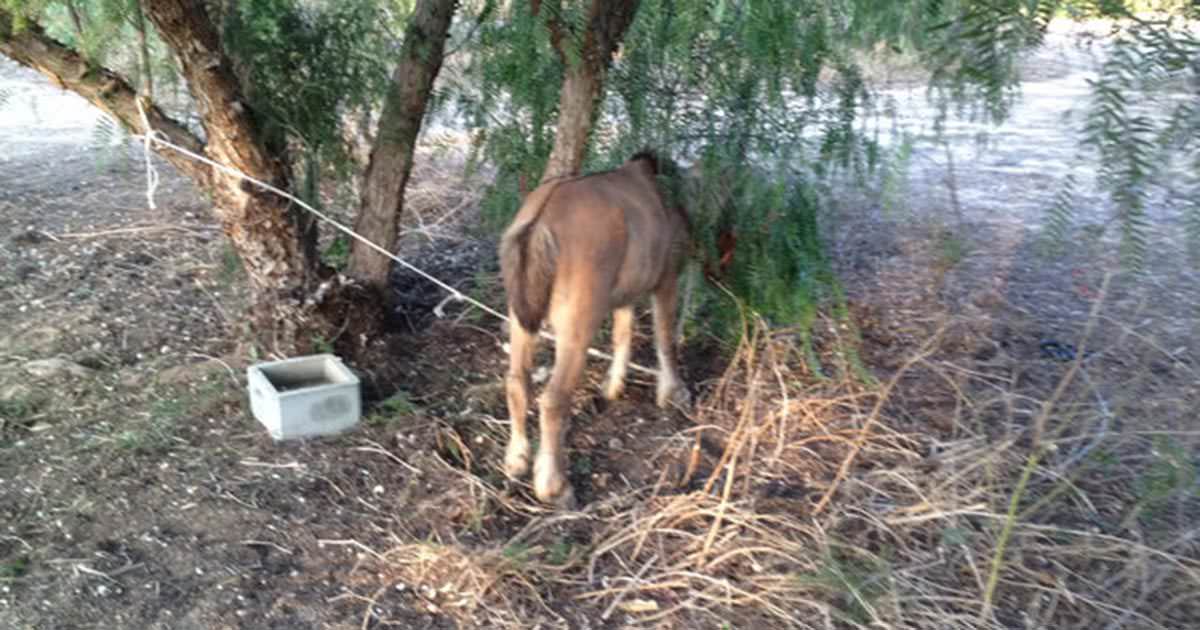 One evening, the phone rang at an animal rights organization’s sanctuary in Spain.

On the other line was the local police — and they had an important mission on their hands. A witness had spotted a lonely and abandoned pony tied to a tree.

Now the police needed the organization’s help to save the poor pony who had most likely been abandoned by his owner, The Dodo writes.

“He was tied to a tree with no food or water, with his head shoved in a bush to try and keep the flies out of his eyes,” Easy Horse Care Rescue Center (EHCRC) wrote.

“They likely just tied him to a tree and left him,” EHCRC told The Dodo. “He has survived starvation, dehydration, standing out in the full sun, everything. He deserves everything in the world that we can give him and more.”

The organization describes how devastating it is to just think about how much the poor guy suffered. Now they have promised to give him as much love as possible.

Talk about animal heroes! This left me completely speechless.

After a few days at the animal shelter, he was already feeling better, the organization says.

His heroes also realized that the pony was almost completely blind due to the mistreatment he was subjected to. He also limps and has trouble walking properly caused by two broken backbones after being beaten.

It’s only in recent days that he has come out of his shell and dares to greet the people who saved him. The animal rescuers are also still deciding what to name the pony.

This makes my heart all warm and gave me hope about mankind! Please share to pay tribute to animal heroes like these!