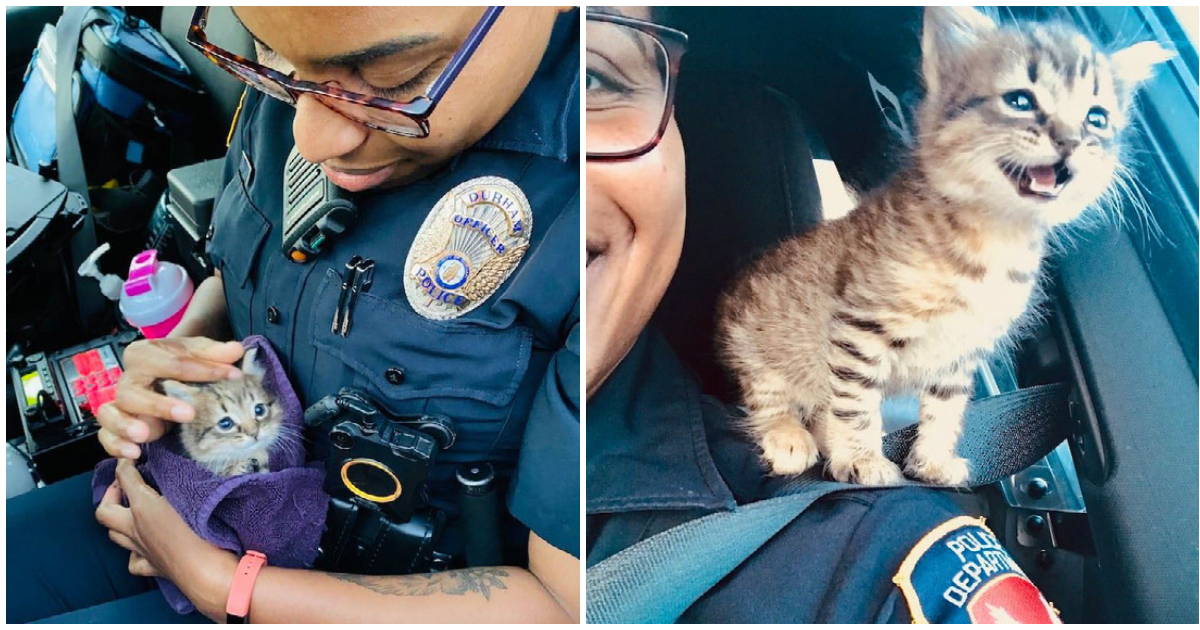 It’s a police officer’s duty to look after everyone in their community — and it’s not always people, sometimes it’s the animals who need help.

And recently, police officers picked up a stray kitten and completely changed his life.

Officers E.L. Masnik and J.N. Rowsey, of the Durham Police Department in North Carolina, were on patrol last week when the spotted a tiny kitten on the road, who was scared and all alone.

They took the cat into Officer Rowsey’s patrol car, and began searching the neighborhood, hoping to reunite the cat with its family.

“We couldn’t leave the kitten in the street,” Officer Masnik said, according to a Facebook post from the department.

Sadly, they could not identify an owner for the cat, nor find its mother. But in the meantime, it looks like the kitten really enjoyed himself on his police “ride along.”

The kitten fit right in as an honorary police officer, so it seemed only right that he become a real part of the family.

After bonding with the officers, the kitten got a new home: he was adopted by Officer Rowsey!

In a March 26 update, the department announced that the six-week-old kitten would be named “Dobby.”

We’re so glad Dobby has a home! Thank you to this officer for going above and beyond and taking him in!