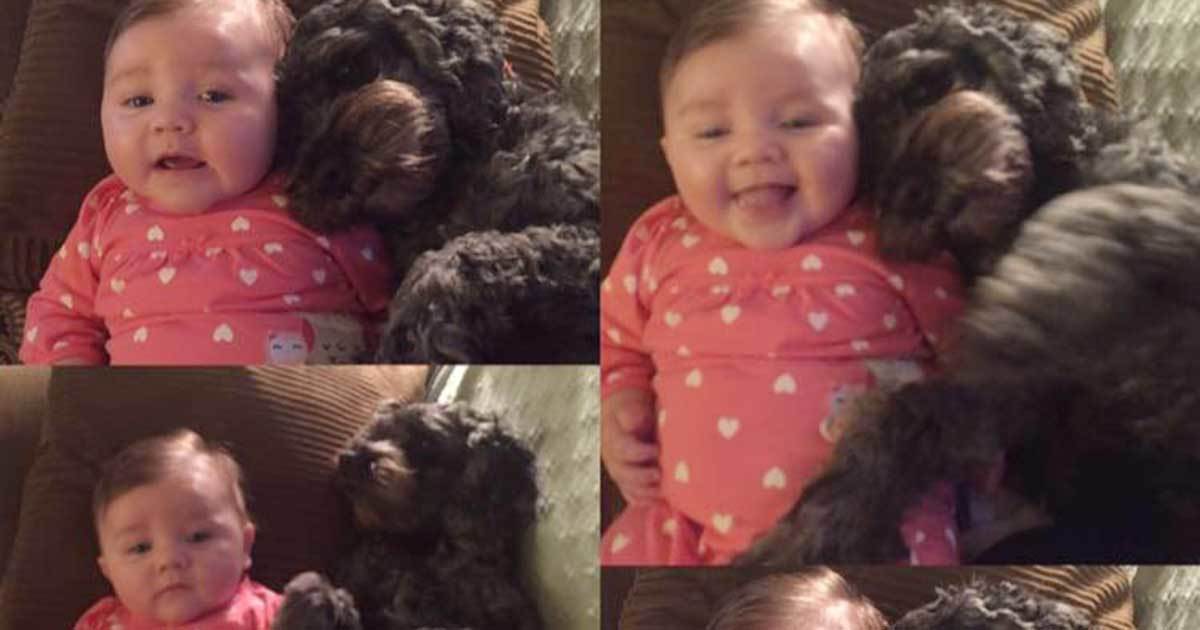 I think we can all agree that dogs are a man’s best friend. But a dog named Polo certainly proved that he’s more than just a friend. He sacrificed his own life to save 8-month-old Viviana.

Read the story below. It touched me deeply, and I’m sure you’ll be moved by Polo’s bravery, too.

Polo had been in the family a long time, and when Viviana was born, he instantly took her into his heart. He loved her more than anything and wanted to protect her from any danger at all.

But one day something happened that shouldn’t have. Viviana’s mom, Erika, left the family home in Baltimore, Maryland, for a brief moment while Viviana and Polo were resting upstairs. And when she returned, the house was in flames.

Erika rushed into the house to get her daughter, but the fire and the heat made it impossible. She could hear Viviana crying upstairs, but she couldn’t get there.

Neighbors came to her aid and broke doors and windows to get to the girl, but it proved impossible.

And when the fire department finally arrived on the scene, they managed to reach Viviana—and made an amazing discovery. The girl survived, thanks to the family’s beloved dog, Polo.

Polo had settled close to the baby to protect her. And thanks to the dog snuggling her, Viviana was only burned on one side of her body. Doctors later discovered that burns covered 19 percent of her body. But without Polo, the damage would have been much worse.

Viviana survived, but Polo died after the fire. He strove to protect his family to the very end, and he deserves to be honored for his efforts.

Please share this story to commemorate this brave, loyal dog!