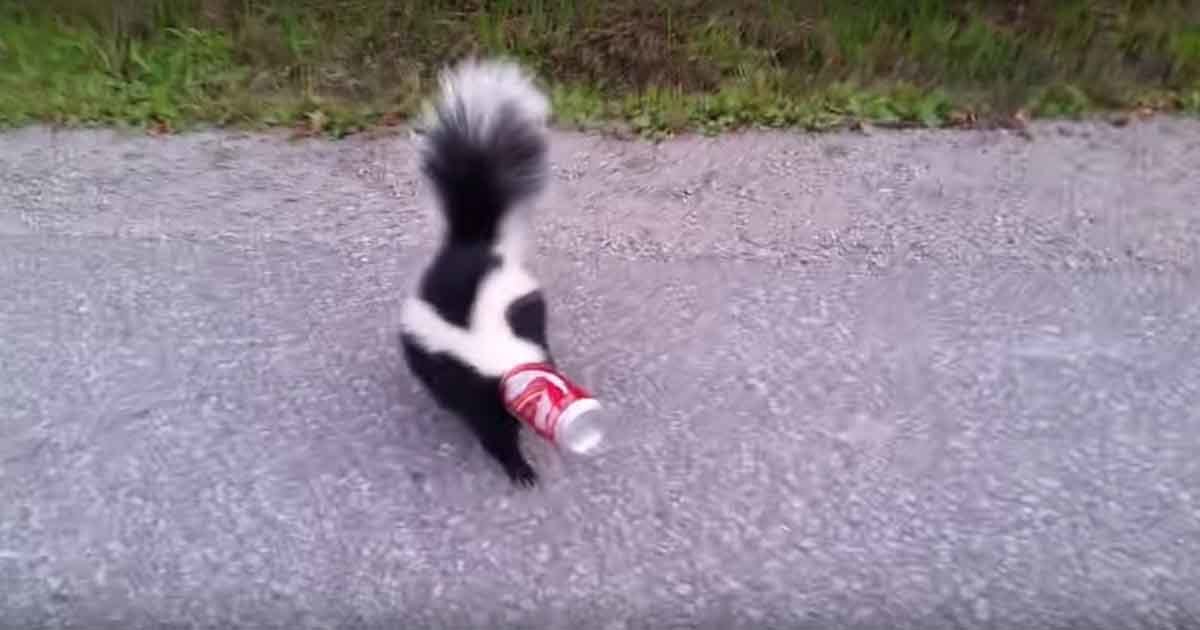 The friendship between humans and animals is often astounding.

At times, there seems to be an unspoken bond which sees us looking out for animals, helping them, and, at times rescuing them.

There are also stories where heroic animals step in to save the day, but this story shows one innocent animal who needed some human intervention to save its life.

In a video titled ‘The bravest thing I’ve ever done’, a man is walking down a street when he sees an unusual site.

A little skunk is running around, crazed, with a coke can on its head.

The man stops and tries to get the skunk to come over to it, but at first, it’s running around all over the street.

Eventually, the skunk comes close enough to the man for him to be able to grab onto the can.

The skunk frantically shakes it head, while the man holds onto the can – giving it the chance to get itself loose.

After a vigorous struggle, the little skunk manages to get itself loose – and seems temporarily shocked. It’s unclear how long the skunk had been stuck, but it can’t have been a nice experience for the little guy!

A few seconds later, the skunk turns tail and trots off – if it hadn’t been for the kind and certainly brave stranger, it could have been stuck for a long time, possibly forever.

Watch the full incident below:

Bless this kind stranger! Please share with your friends to show them how special the bond between us humans and animals is!