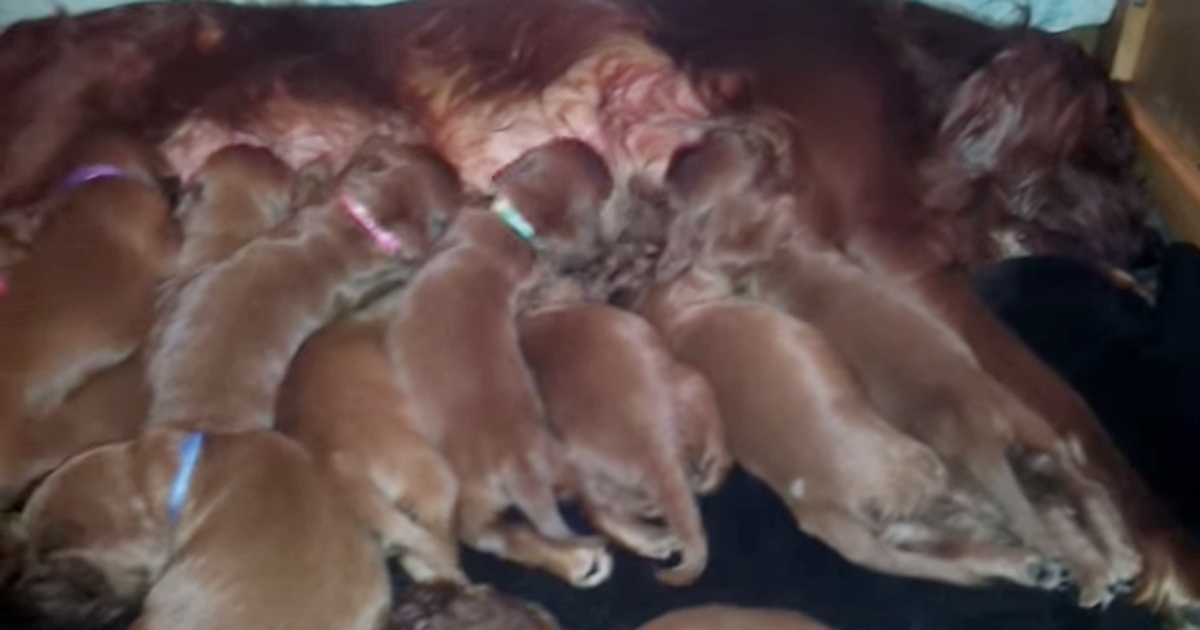 Natasha and Alicia were excited about their beloved dog Romy’s first litter. Romy is a 3-year-old Irish setter who would finally be a mom. Natasha is a trained veterinarian and had carefully prepared everything for the birth. The ultrasound revealed that 8 or 9 puppies were waiting in Romy’s enormous belly – a normal litter for her race.

But the birth came with something rather unexpected.

At first, everything went as planned. Since it was the first time Romy became a mother, she was a little unsure when the first puppy came out. But with Natasha and Alicia’s support, she quickly became calm again.

So it was normal that they were shocked when, suddenly a tenth puppy emerged. And another. And another one!

And it didn’t stop there.

“We thought: When will this end?” Natasha told The Sun afterwards.

Romy eventually had 15 healthy puppies – 10 female and 5 male. While this is an unusual number for her race, she did just fine.

Below you can watch a video of the adorable pups!

Do you agree that Romy’s puppies are the sweetest? Please share the video with your friends!