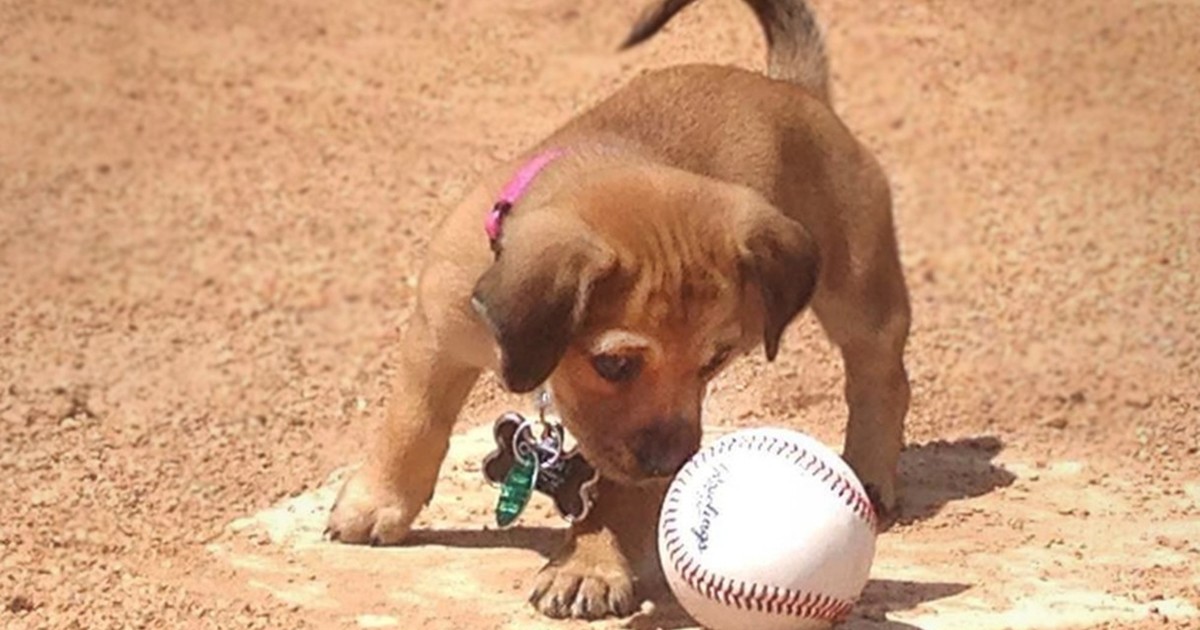 A few weeks ago, it was looking like game over for a little puppy named Daisy. But when the abandoned pooch showed up at a baseball stadium in Georgia, she was given a second chance and even a spot on an amateur baseball team. The puppy, who’s only seven weeks old, was found alone and crying in the parking lot of Grayson Stadium in Georgia. And from the moment the Savannah Bandanas found her, Daisy became the team’s unofficial mascot and most valuable player.

When Savannah Bananas staff found Daisy outside of the team’s office, the adorable seven-week-old puppy needed someone to go to bat for her. She wasn’t wearing tags, a collar, or a microchip, and there was no one around to claim her. Unable to locate her owner, the team brought Daisy to the vet. And fortunately, Daisy was in good health besides being hungry and dehydrated.

Team president Jared Orton and his wife Kelsey instantly fell in love with Daisy and decided to adopt her. As the couple took care of Daisy, they saw that there was a place for Daisy not only in their family, but also on the team.

“It was just meant to be that we’d have a team dog as part of our staff,” said Orton.

Daisy visits the office every day to greet visitors and help with merchandise, and the team has even named her this year’s Bat Dog! Orton says, “We aren’t sure how big she’ll get, so it’s hard to say if she’ll be able to pick up a bat or just coach first base, but as she grows, she’ll be a fixture at the ballpark.”

Whatever Daisy’s role is with the Savannah Bananas igoing forward, it’s clear that the team has hit a home run with Daisy! Great job, Bandanas! May bring you good luck for many seasons!