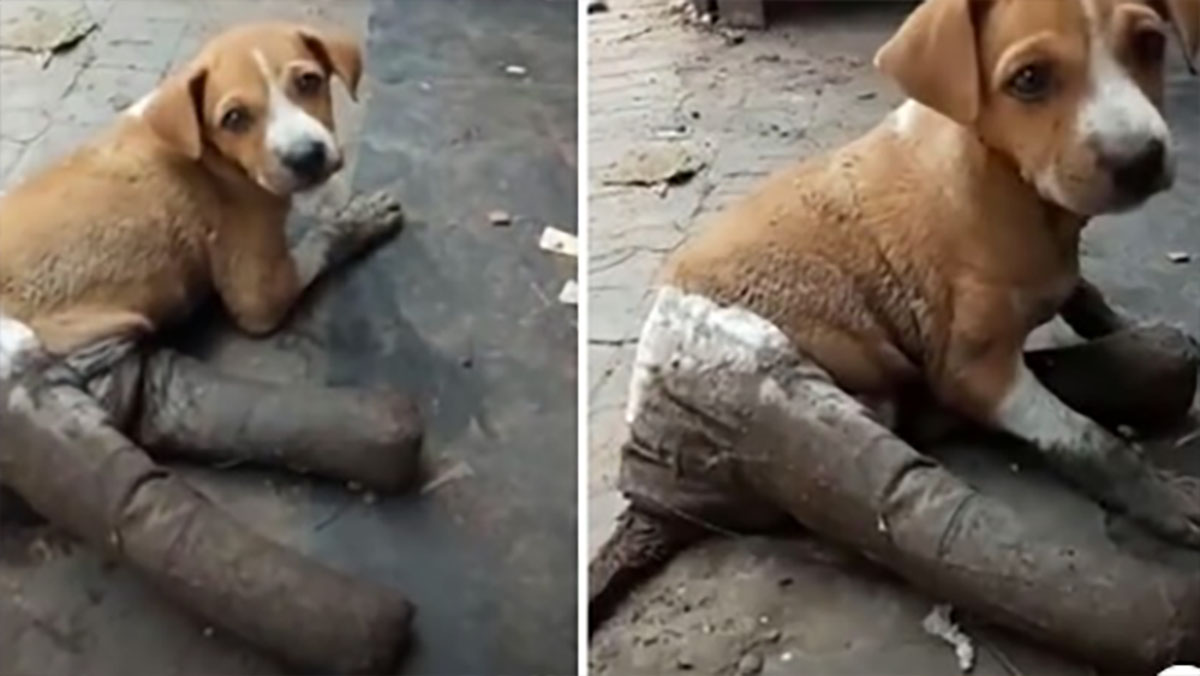 For many injured stray dogs living on the streets there are people willing to help, they just don’t always have the means to do so.

Puppy dog Scooter had suffered a horrific injury which someone had tried to help her with, but for whatever reason couldn’t see that treatment through.

When she was found on the streets of Kolkata, in India, she was in a horrific condition. Her back legs were bandaged preventing her from moving and one of her many wounds had become infected and was being eaten by maggots.

When good Samaritans found her they deduced that she had probably been attacked by another dog.

They carefully picked Scooter up and transferred her to an animal hospital where she was treated for two broken back legs and infected wounds. The road to recovery was a long one for this poor pooch.

After months of treatment Scooter was finally ready to go to a forever family.

Alexandra Gade cared for Scooter for months before she was transported to Virginia to be with her adopted family who renamed her Dobby, as reported by Paw My Gosh.

See Dobby’s amazing recovery in the clip below.

Dobby suffered so much living on the streets as a puppy and still has the scars to prove it today.

Help us thank the animal heroes that saved her, treated her and finally adopted her by sharing this story.