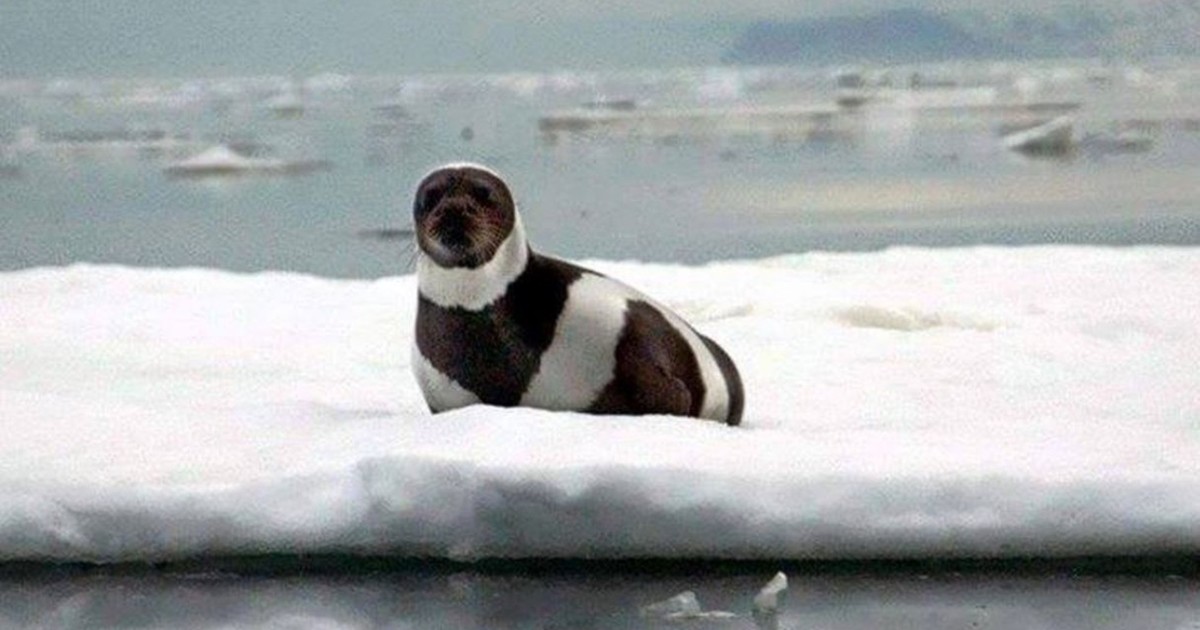 Usually when an animal goes unseen for so many years, you assume there aren’t many left. But the elusive ribbon seal isn’t endangered, just shy.

That’s why animal lovers were so excited when the beautiful black and white striped seal was spotted on the Washington State shoreline recently.

The distinctive seal appeared just long enough to be photographed before returning to the sea.

See the photograph and learn more about this relatively unknown sea creature below.

Earlier this year, an elusive ribbon seal made an appearance on Washington State’s Long Beach Peninsula. The seal was in good condition, according to NOAA Fisheries Service, who took the photo. But it didn’t stick around for long, and soon slid back into the waters of the Pacific Ocean.

With around 400,000 ribbon seals living in the Arctic and Subarctic regions of the North Pacific Ocean, the seals are far from being endangered. But they live so far out in the ocean that they’re rarely seen onshore.

In fact, the last time a ribbon seal was spotted on the West Coast of the United States was back in 2012, when one jumped onto a dock and surprised a Seattle woman.

“She woke up and it was lying on her dock, hanging out and sleeping—just chilling,” a USDA Wildlife Services employee told LiveScience at the time.

And from then until this year, the seals could only be spotted if you journeyed to their natural habitat in the Bering Sea and the Sea of Okhotsk between Alaska and Russia.

Since ribbon seals live in such a remote area, there is still a lot we don’t know about them. Although we know, for example, that ribbon seals have a large inflatable air sac that goes from their throat to the right side of their chests, scientists are unsure whether the air sac enables ribbon seals to vocalize underwater or serves another purpose.

As the climate continues to change, scientists predict we’ll see ribbon seals more often in the future. But I for one hope that these beautiful creatures can continue to enjoy their North Pacific home for a long time to come—even if that means we only get to see one every few years.

Watch this rare clip of a ribbon seal relaxing on a dock:

Please share this story with any of your friends who would appreciate this beautiful, rare creature!