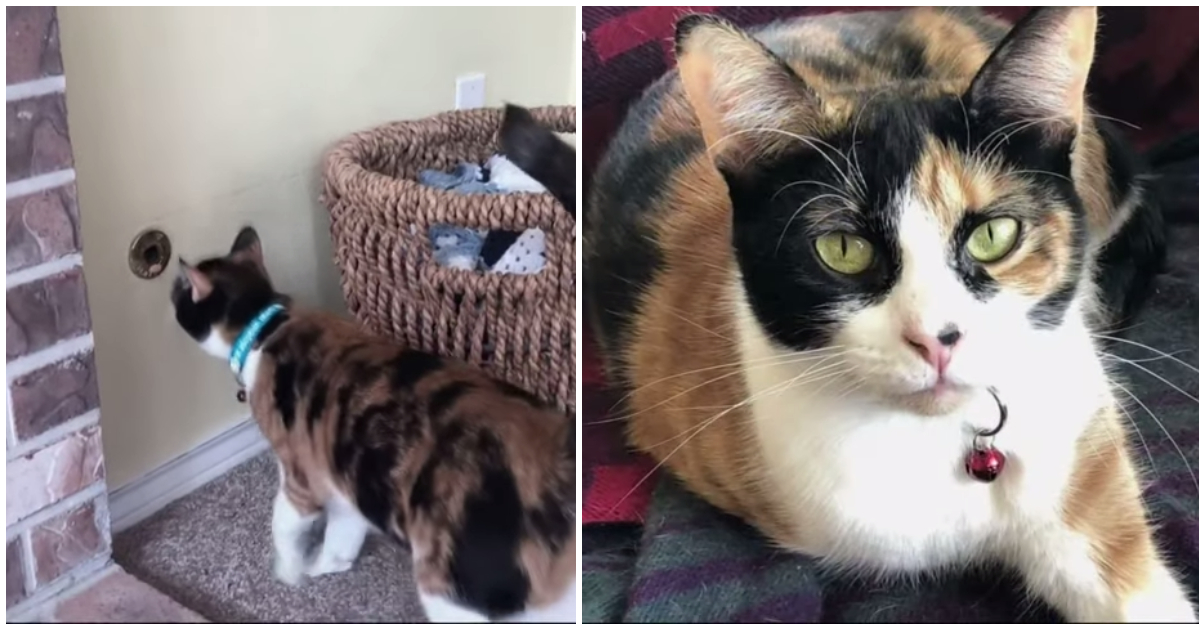 Sometimes when you rescue an animal, they’re return the favor by rescuing you back. We’ve seen many stories where these animals have saved their adopted families by alerting them to danger.

That was the case this week, after one smart cat alerted her family of a nearly-fatal gas leak.

According to KGW8, Sandi Martin and her husband adopted their cat Lilly over the holidays. The cat helped cheer them up and kept them company while separated from their kids to the pandemic.

But Lilly did something even more important than that recently, smartly saving her new family from serious danger.

On Friday, Lilly was playing in the living room when she suddenly stopped and began sniffing near the fireplace valve.

The unusual behavior got her owner’s attention. Sandi went to investigate the spot, and discovered there was a gas leak.

The smell was faint enough that it would’ve likely gone undetected, but Lilly, with her superior sense of smell, caught it quickly.

“I went over and sniffed and there was a natural gas smell,” Sandi told KGW8. “It was very faint so I didn’t really trust my nose. Then I asked my husband to sniff it, and he sniffed it too.”

Sandi called the gas company, who advised them to shut everything off and ventilate the room. When an employee arrived later, he informed the couple that they had a “very serious gas leak.”

Sandi and her husband were also told that the leak, if left undetected, could’ve built up to a fire or explosion.

Luckily, a potentially serious crisis was averted, thanks to one smart kitty.

“She might have saved our lives,” Sandi told KGW8.

Good job, Lilly! What a smart cat. Just another reason to adopt a rescue: they might just save your life!