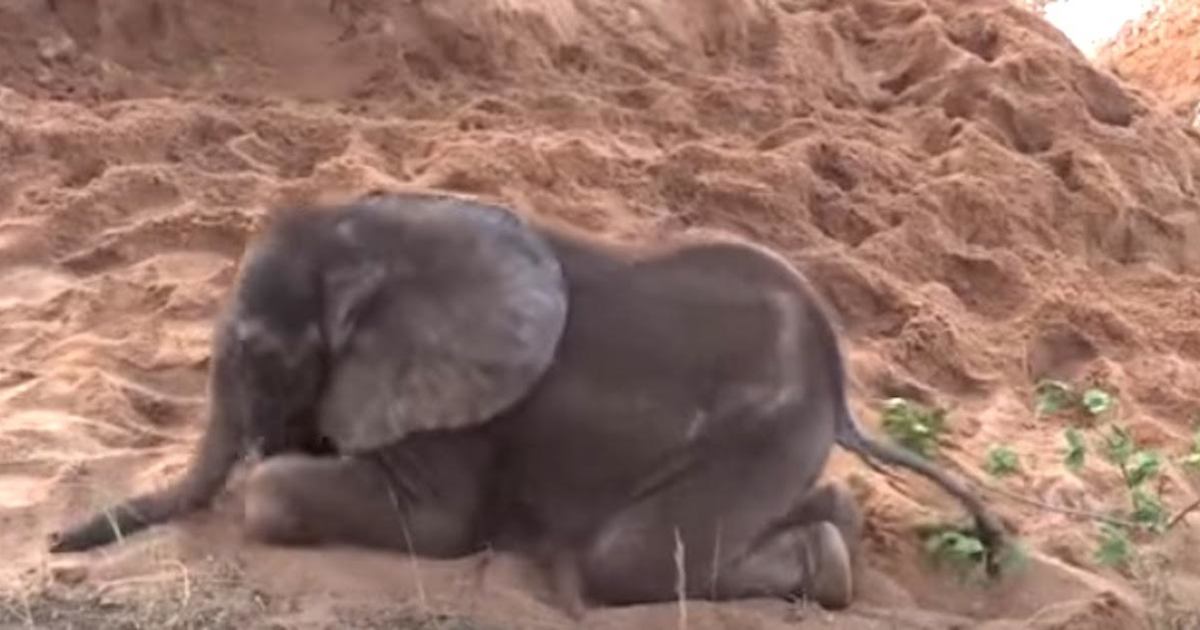 When baby elephant Ubuntu, AKA Ellie, arrived at Thula Thula Rhino Orphanage in Zululand, South Africa, it was clear he was a special case. While the organization specializes in rehabilitating baby rhinos whose parents were killed by poachers, Ellie was rejected by his herd. Abandonment was extremely difficult on Ellie, and he arrived at Thula Thula with his life in danger. The baby elephant had major health issues including a severe intolerance to milk and an umbilical abscess that left him with only a 1 percent chance of survival. But against all odds, Ellie’s health started to improve. His mood on the other hand was just as bad as when he arrived. All of the time this social animal spent away from other elephants took its toll and Ellie seemed to have given up on life. But when a certain German Shepherd named Duma showed up to the rhino orphanage, Ellie’s mood quickly turned turned around. “What was a really interesting thing was the elephant calf was here. He was particularly weak, particularly ill. He wasn’t showing much interest in doing anything. He was very lethargic, very disinterested,” said Karen Trendler, a rehabilitation and crisis response expert at Thula Thula. “We introduced Duma and the elephant at the sand pile and it immediately cheered the elephant up… He suddenly started getting a little bit of interest in life again.” The lovely video below shows Ellie and Duma two weeks later. The little survivor is in high spirits and he and Duma are an inseparable pair, as you will soon see.