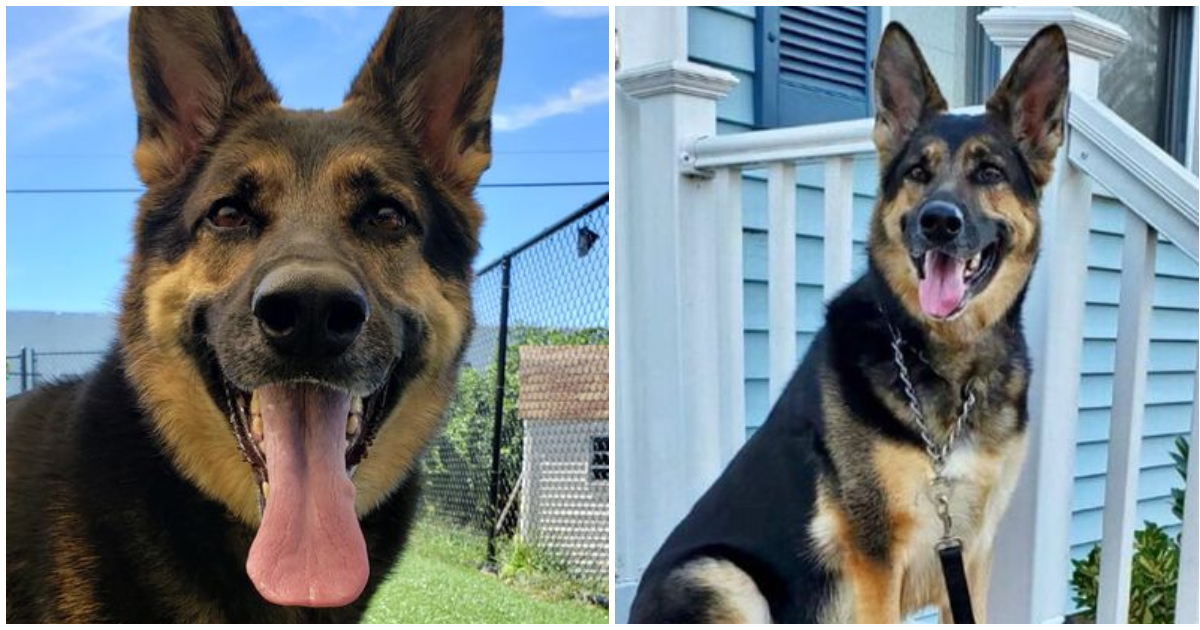 Adopting a dog from a shelter is always a good decision. You’re giving a dog in need a good home, and in return getting a best friend: rescue dogs are often the most loyal and protective pets, as if grateful to their adopters.

And sometimes it’s rescue dogs who do the rescuing, stepping up to save their new families from harm. That was the case for one recently-adopted dog, who is credited with saving his owner’s life during a stroke.

Sadie, a 6-year-old German shepherd, was surrendered to Ramapo-Bergen Animal Refuge a few months ago, because her owner moved and couldn’t take her. The dog didn’t adjust well to this major life change.

“She was confused and seemingly lost upon rescue, having suddenly lost the only family that she knew,” the rescue wrote on Facebook.

They described Sadie as a “loyal and loving” dog, but had difficulty finding her a home because she was so cautious around people when first meeting them.

But a few months ago, a man named Brian came to the shelter, looking to adopt Sadie. While Sadie was often nervous meeting people, she had an instant “special bond” with Brian, and he knew she was the dog for him.

“He valued her intelligence, hesitancy to trust and fierce loyalty once she did form that trust,” the shelter wrote. “Brian gave Sadie a second chance at life, adopting Sadie and welcoming her home.”

And his faith in the dog soon paid off in a huge way, as Sadie proved just how protective and loyal she really was.

Last week, Brian suffered a stroke. There was no one else home — except for Sadie. And the dog quickly, instinctively got to work saving his life.

According to RBARI, Sadie licked Brian’s face to keep him awake after he collapsed, and dragged him towards his cellphone so he could call for help.

Brian is now in a rehab center recovering from his stroke, while heroic Sadie is staying with family, but the man and his dog reportedly see each other through FaceTime every night.

Good girl, Sadie! You’re a true hero! It goes to show that if you rescue a dog, they’ll rescue you right back.