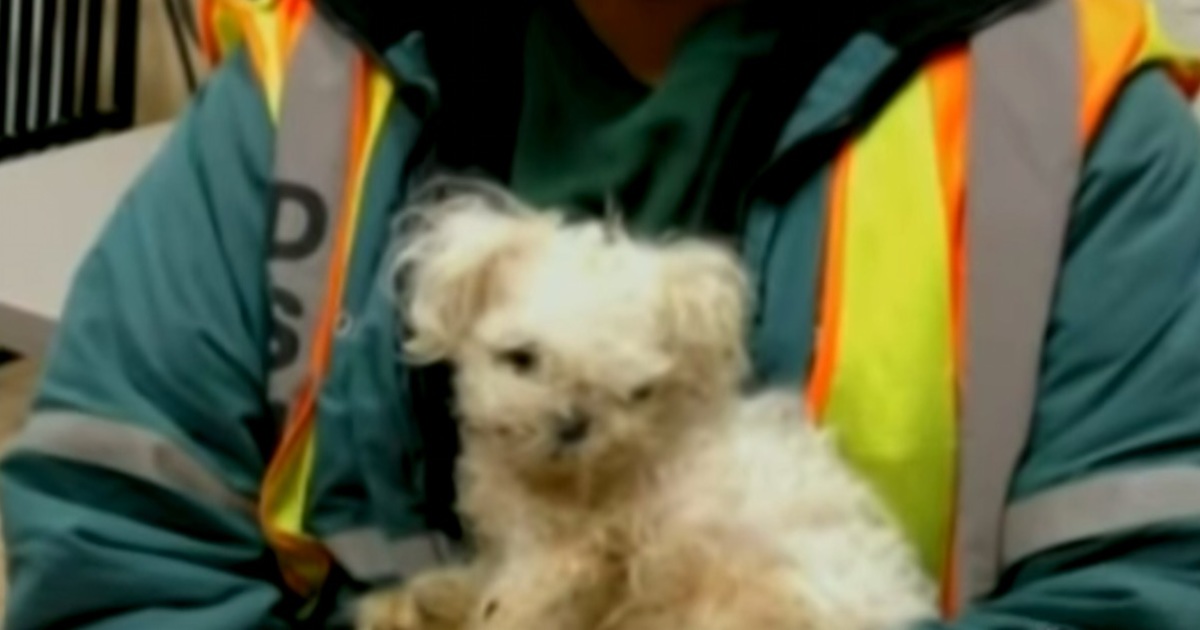 Dogs are more than just pets—they’re members of our family—so when people neglect them, it’s difficult for me to bear. But when people literally treat them like trash, it’s almost more than I can bear.

When I heard this story, I was overwhelmed by how horrible someone was to a sweet puppy. Still, against all odds, this story has a happy ending, thanks to one very observant New York City Sanitation worker.

Back in 2013, Victoria Roman was making her usual rounds collecting garbage bags from the roadside when she saw something truly unthinkable: A dog had been stuffed into a plastic trash bag and thrown to the curb.

“I reached for the bag and something moved,” Roman told WABC News, “and I found her inside the bag. If she had not moved, she would have been in the back of that truck, most definitely.”

Victoria opened the bag and was rightly disturbed by what she saw. The dog, a Shih Tzu puppy, was covered in its own filth, its eyes were matted shut, and it could barely stand.

“She was in horrible, terrible condition,” Victoria said. “It breaks my heart and I don’t want to start crying, but she was in really, really bad shape.”

The puppy was brought to Brooklyn Animal Resource Coalition, or BARC, where the staff there were amazed by her recovery.

And to honor the puppy’s rescuer, the staff at BARC named the puppy Victoria.

I’ll never understand how someone could do something so horrible to such a sweet little puppy, but I’m glad there are also people like Victoria Roman around.

Please share this rescue story with all of the animal lovers in your life!