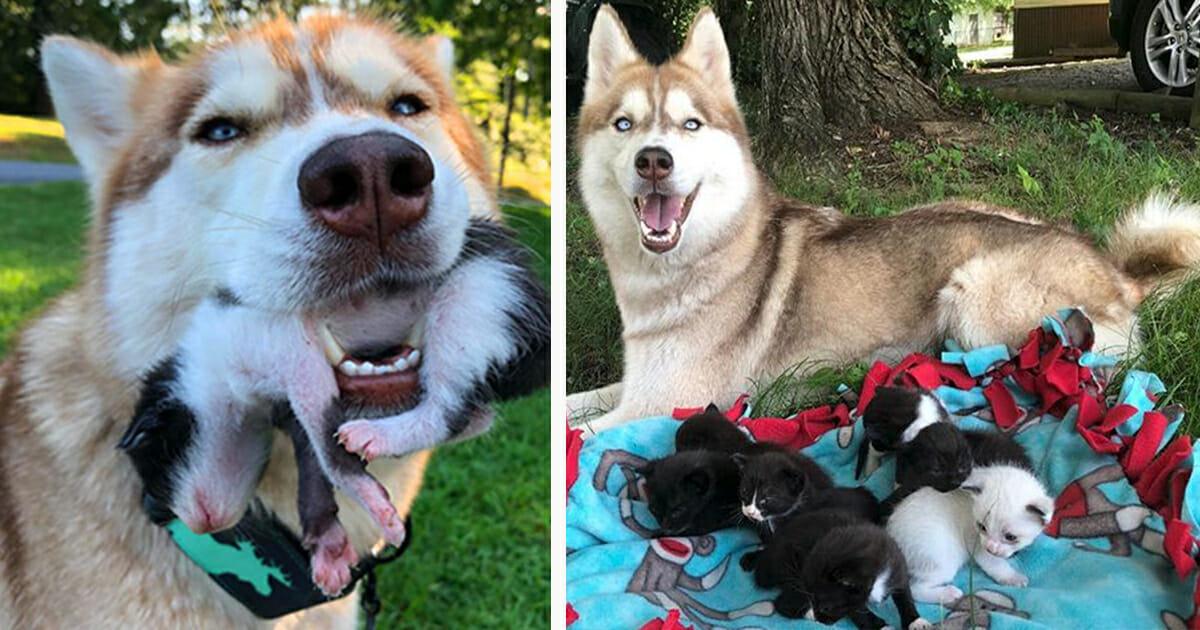 Though our understanding of animals has come on leaps and bounds over the years, there’s still a great deal regarding their instincts and intuitions that we don’t know.

Dogs, being such popular pets, rank chief amongst those creatures that prove to humans time and again that they can do things we have very little comprehension of.

When Whitney Braley, of Georgia, USA, noticed her service dog Banner exhibiting signs of distress, she knew something was up. She had no idea, however, of the important message she was trying to send…

When Whitney Braley saw that Banner was behaving unusually, she knew there had to be a reason. The dog was repeatedly tugging at her dress, trying to encourage her to leave the house and go into the nearby woods.

Good morning and happy Wet Dog Wednesday! Mom is getting the kids ready for the dentist this morning, what are you up to? #wetdogwednesday #wetdog #swimming #hiking

After a time, Braley decided to see what was what, and so followed the dog outside. They headed into the woods together, Banner’s urgent and erratic signals getting more palpable by the second.

Then she found it; left alone in a large clearing, a cardboard box. While Braley watched on in confusion, Banner made his way to the box and gently retrieved a tiny newborn kitten with her mouth. Upon closer inspection, Braley discovered six more kittens, all of them fighting for their lives.

Once the kittens opened their eyes, they could see I was different. Having them approach me on their own feels so nice❤️ They know I won’t hurt them, and that level of trust is amazing. I hope everyone has an amazing Sunday! Do you have any special plans today? #bannersbabies #rescue #rescuekittens #kittens

Braley took the kittens back to her house and did her best to clean them up. It was her intention to give them the best possible chance of survival, and in that respect she’s succeeded. What’s more, Banner refused to leave the kittens alone, staying by their side and nurturing them whenever she got the chance.

The dog has cuddled with them, watched over them while they nap and helped to clean them up. In short, she’s become the surrogate mother the kittens needed.

#BannersBabies are getting so strong and so brave! I love them! #rescue #rescuekittens #kittens

“Someone must have just put [the kittens] into a cardboard box, closed the lid tight and left them there to die. They probably thought that no one would ever discover them,” said Braley.

“But I’m so happy that now because of Banner, these kittens will go on to live their lives with loving families. It warms my heart.”

At some point down the line, the kittens will be adopted by loving families and find their forever homes. For now, though, they have the best mom they could ask for… a gentle giant of a dog!

What a brilliant tale of animal instinct and compassion transcending species. Share this article if you love both dogs and cats!