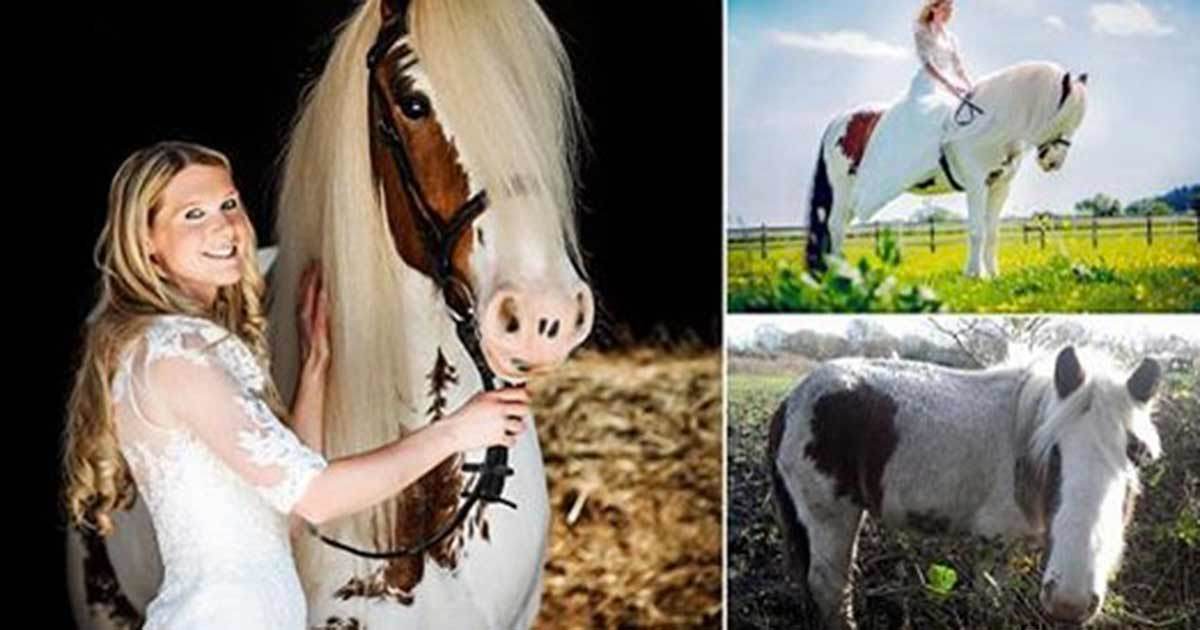 Nobody wanted Miller. The horse was left to die, without food nor water, on a field in Wales, UK. But thanks to one woman’s love and compassion, Miller turned instead into something completely different. This horse is straight from your dreams.

Sally White discovered Miller abandoned and malnourished to the point that he could barely stand. He had been left without food or water on a field in Wales.

When Sally 28, first saw the 6-year-old horse at animal rescue organization RSPCA three years ago, his ribs were sticking out and he was in dire shape. The vets doubted the damaged horse would survive more than a few days.

But Sally fell in love with him, and decided to adopt him. She nursed and cared for him — and to everyone’s surprise, he survived.

“I adopted him and after a lot of tender love and care he put his weight back on and turned out to be a very good pupil,” Sally told Daily Mail.

Miller took a stunning transformation, truly turned into something very special. Sally began training Miller in the art of dressage, and she now competes with him in the British championships.

“He took to dressage straight away – he’s won lots of rosettes and everywhere he goes people love him. He’s become a real star,” says Sally.

So when came the time for Sally to marry her fiancé Mark White, it came as little surprise that she wished for Miller to play an important role in the ceremony.

“Miller and I are a team – I needed him with me on my big day,” the bride said.

“I rode him to church and I even had a model of Miller on my wedding cake,” she added.

The animal welfare organization RSPCA now hopes more will follow the footsteps of Sally and show kindness and hope to animals in difficult situations. They believe Miller’s incredible transformation is an important case in point of what can happen when adopting a horse in distress, rather than buying one.

“Sally has worked hard with Miller and his transformation has been fantastic,” Gareth Johnson, head of the RSPCA told Daily Mail.

All animals deserve to be saved. In this case, a distressed horse that nobody wanted quite literally developed into a fairytale horse straight out of your dreams. All thanks to Sally’s love and care.

This beautiful story went straight to my heart. If it had the same impact on you, feel free to share it so that more people can be inspired by this remarkable story of love and compassion.