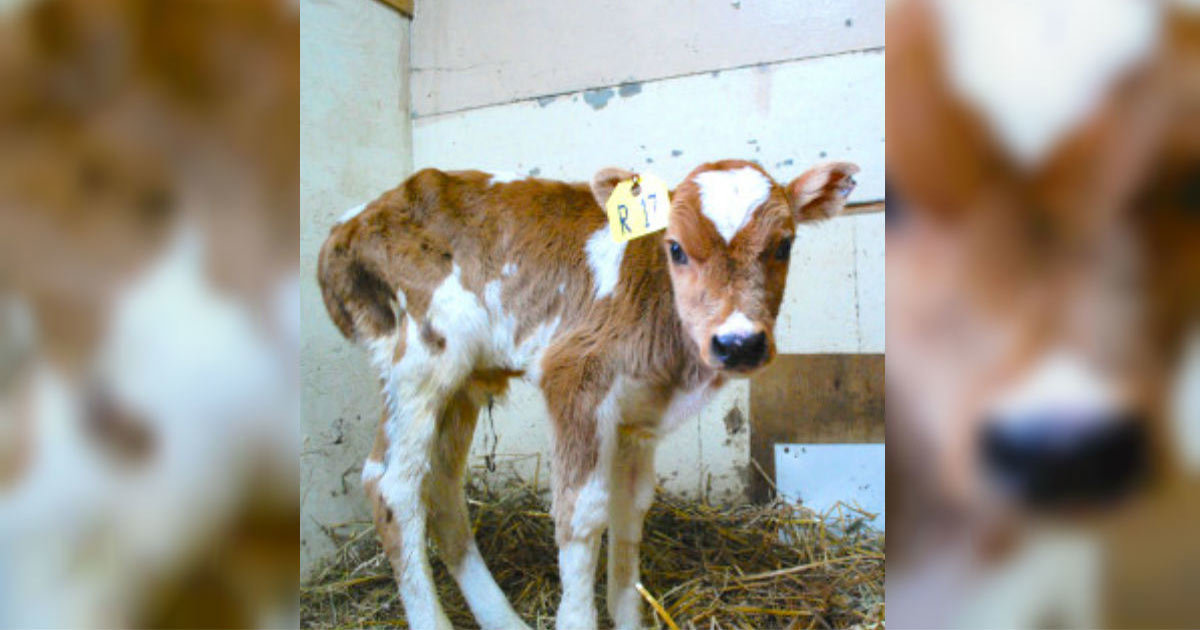 Animal auctions happen every day, even though I think that they’re cruel to animals.

And when a calf named Blitzen came up for auction, it was anything but funny when people around him called her “garbage.”

But among the people there was an animal lover named Susie. She couldn’t just stand by and watch—she knew she needed to help.

When the Blitzen was just a day old, he was separated from his mother on the dairy farm were he was born. He only weighed 16 kg and was skinny and weak. Blitzen was put on auction—but the buyers there wanted to see something stronger. They didn’t like what they saw and ridiculed him, calling him “garbage.”

But among those present was a true animal lover named Susie. She couldn’t bear what poor Blitzen was subjected to, so she decided to bid on him and rescue him.

Susie works at an animal shelter. And when she took in Blitzen, she also bought two other calves that suffered similar jeers from auction-goers.

Susie took the three calves to a nearby animal hospital to get the weak, malnourished calves the care they needed.

Once the calves were at their new home, Susie and her friends gave the calves all the love and food they needed. They quickly became stronger, and the spark returned to their eyes.

Now life is finally beginning for them.

Calves at the sanctuary get all the love they deserve. During the winter, they root around in the snow and in the summer, they feast on green grass and run free across the meadows.

Susie documented Blitzen’s recovery and now he is the happy, healthy cow that he once surely dreamed of becoming—all thanks to a friendly soul who stepped in when she saw an animal in distress.

I am so touched to hear of people like Susie. Thankfully, Blitzen and his two new friends survived and are getting a fresh start and a life of freedom.