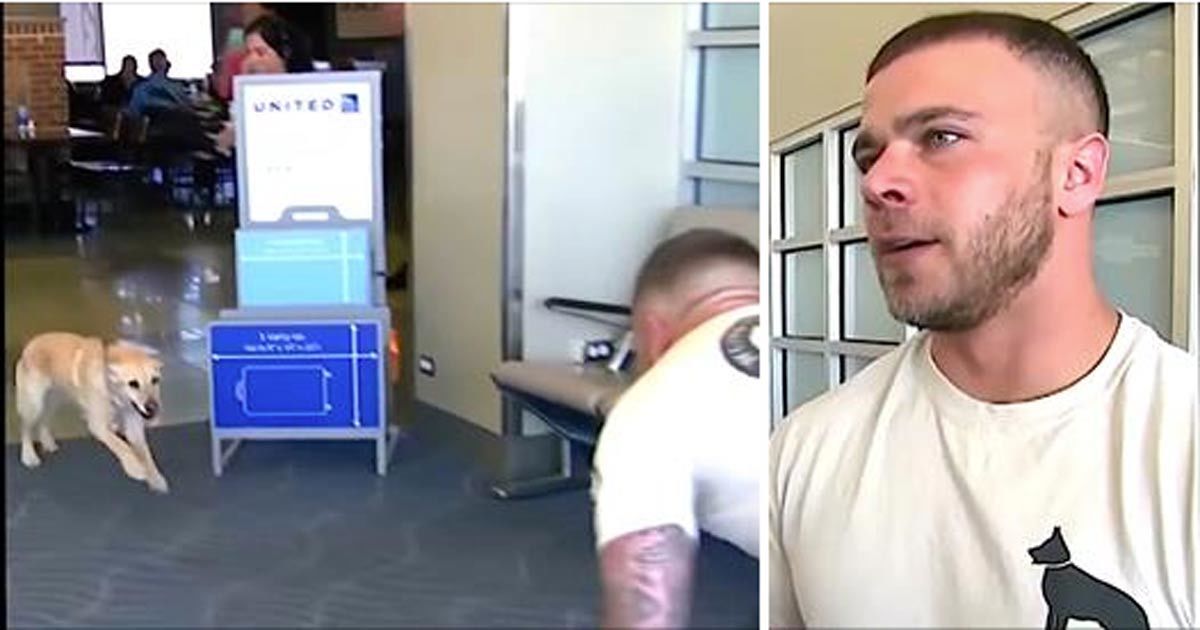 After having spent weeks together protecting each other on hostile land, a pair of old army buddies have at last met again in a heartfelt reunion, back home on American soil.

The buddies in question? Taylor, a yellow lab, better known as Tay-Tay or Princess Taylor – and her leading man, Sergeant Tom Hanson.

The best friends from the battlefield were there for each other at all times. While Tom protected Tay-Tay from firefights, Tay-Tay was sure to find bombs hidden beneath his protector’s feet.

But their eventual reunion back home was no easy feat – and in fact, it was all thanks to Molly Oliver, a veteran flight attendant for United Airlines.

Tay-Tay served her country all her life. When dogs like Taylor complete their service, they’re usually put up for adoption, with the soldiers they served with often given first priority.

But reunions aren’t always very easy and can be very expensive.

Flight attendant Molly has thus taken it upon herself to help facilitate such meetings.

“I love the dogs, and I love my milirary that’s been taking care of my freedom my whole life,” she says. “So it’s a win win to combine the two.”

She helped bring Tay-Tay to the nervous soldier, awaiting at the airport.

“It’s like a part of me has been missing,” Tom says. “And getting her back now is going to make me whole again.”

My heart got warm just watching these two together again at last. Share this story if it moved you too, and you agree that Molly is one fine woman for doing what she does!