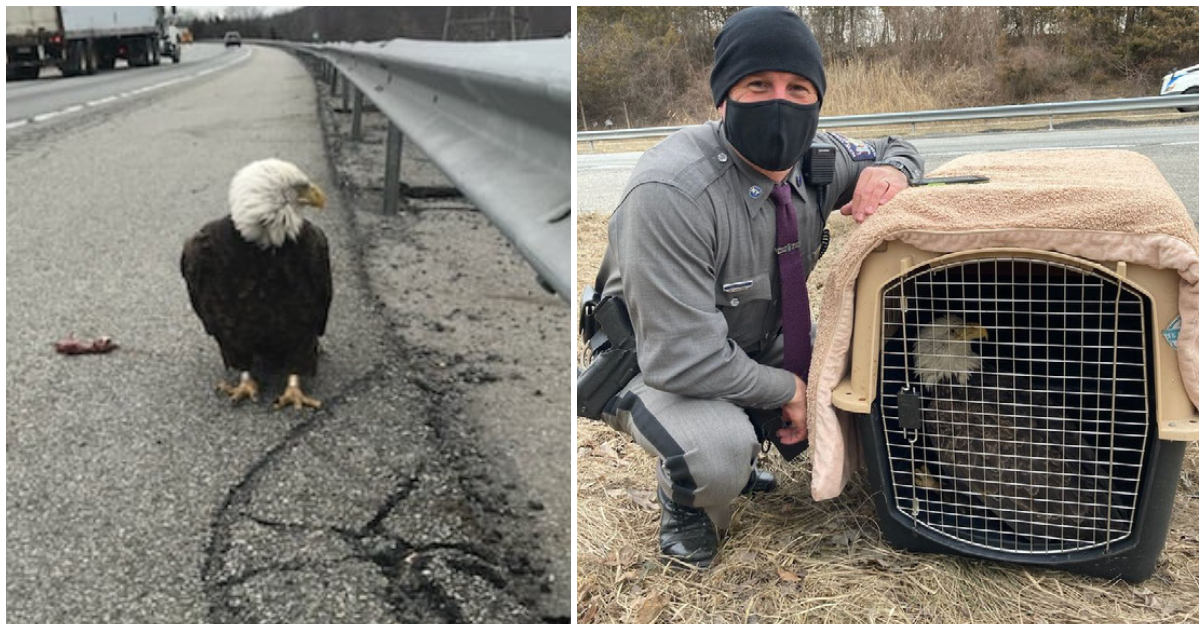 The bald eagle is a beautiful, majestic animal, the national bird of the United States and a symbol of America, so we’re always grateful for anyone helps a bald eagle in need.

One state trooper did just that, saving an injured eagle on the side of the highway.

Yesterday, New York State Police received a call about the bald eagle, who was found on Route 17, in the town of Blooming Grove in Orange County.

State Trooper Bryan Whalen arrived on the scene, braving traffic to rescue the bird, who was “noticeably injured.”

The trooper quickly got to work getting the eagle to safety.

“Whalen was able to utilize his Division issued jacket and a K9 Trooper’s bite sleeve to corral the eagle and safely put it into a kennel that was provided by the Warwick Valley Animal Rescue,” New York State Police wrote on Facebook.

With the eagle secured, Whalen transfered it to the Department of Environmental Conservation, who then brought it to a rehab facility in New Paltz.

Hopefully, the eagle will be able to make a full recovery soon and be rereleased into the wild.

The New York State Police shared the story on Facebook, commending the trooper on a “job well done.”

Others commented to thank Whalen for going out of his way to help the injured animal, while also thanking the bystander who first saw the eagle and made the report.

“Great job to the motorist who reported this and especially to the officer who rescued the Eagle!” one comment reads. “Hope the Eagle has a full recovery!”

Thank you to everyone who helped save this eagle! Share this inspiring story!