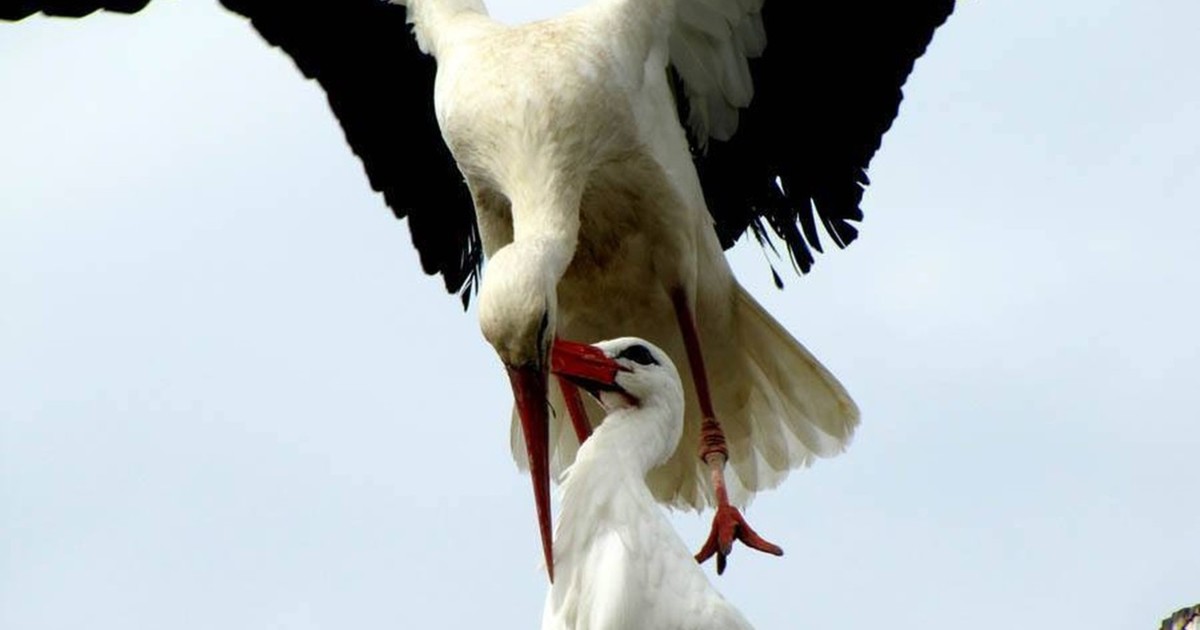 This love story went straight to my heart!

You’ve probably heard that some birds mate with the same partner for life, but a stork couple named Klepetan and Malena do even more than that.

Every autumn, as the leaves start turning color, Klepetan is forced to leave Malena behind in Croatia as he flies south to warmer climes. And every spring, he returns to her to raise a new brood of chicks together.

This is so sweet!

Malena and Klepetan have been together their entire lives and have had over 40 babies together. They breed in the same nest every year, on top of a roof in a village in Croatia.

In late August, all of the storks in the country head south and fly to South Africa. But not Malena. Fifteen years ago, a hunter wounded her wings, and since then, she’s been unable to join her beloved Klepetan on the long journey.

Instead, she’s forced to wait for him in Croatia until he returns in March—which he always does.

Despite having a long-distance relationship seven months of the year, these two storks have been together for over 15 years.

Stjepan Vokić has followed the couple throughout their lives, as he lives in the house where they nest each summer. Stjepan eagerly awaits spring and knows just when Klepetan usually comes back. This year, though, Klepetan surprised everyone by coming home a week earlier than usual.

Because that’s what I would do.

See more of the lovely couple in this video:

Were you also touched by this wonderful story? Please share it with your friends!