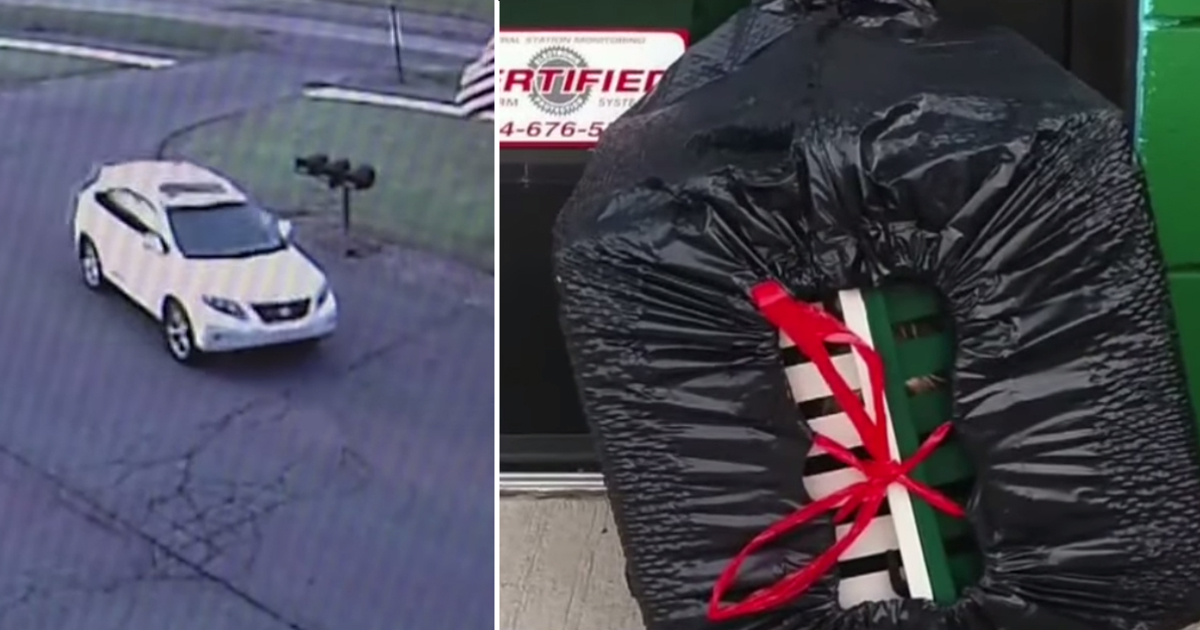 There are several legitimate reasons why people might be forced to give their animals to someone who could better care for them—a move, a bad economy, or an illness can all bring unforeseen changes in life.

But what blows my mind is when people just abandon their pets without even trying to make sure they get a new, loving home.

There’s absolutely no excuse for dumping animals in the middle of nowhere in a trash bag. But someone did, and one woman got a shock when she found a dog in a garbage bag outside an animal shelter.

The puppy, a Yorkshire-mix, was locked in the carrier, which in turn was placed in a garbage bag. With temperatures reaching 32 degrees that day, the bag quickly turned into a scorching death trap. So when the woman found the puppy, she was in a terrible condition; her coat was matted and full of fleas.

Police are now looking for the woman who committed this heinous crime. And fortunately, they have security footage to go on.

The puppy, now known as Gladys, has thankfully recovered after this horror, but the woman who left her to die is still free.

While I’m glad to see Gladys feeling better, I also hope the police get hold of the heartless woman who treated her dog like trash!