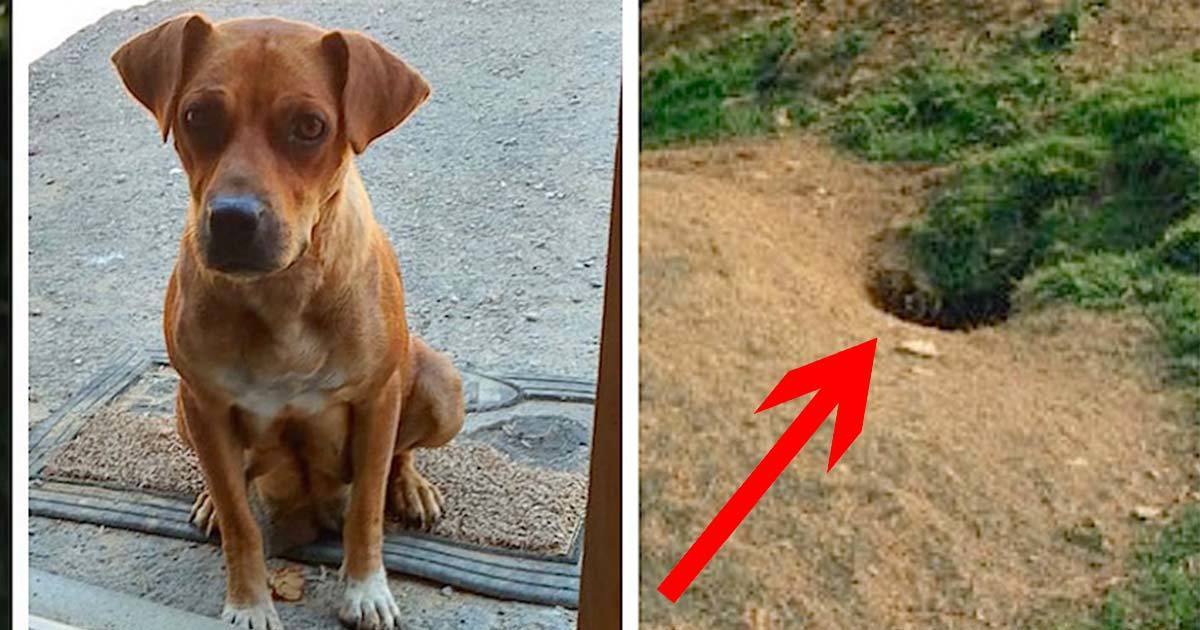 Mitchel Craddock was looking forward to spending his bachelor party with his best friends in a cabin in the woods. But once he and his buddies actually got there, they were greeted by an unexpected guest.

Outside the cabin door was a stray dog who eagerly wanted them to follow her.

When Mitchel and his friends followed the dog into the woods, they came upon a hole in the ground—and what they found inside was something they never could have imagined.

Mitchel celebrated his bachelor party in a cabin in the woods with his friends.

But one day while he was cooking dinner, he suddenly saw a stranger at the front door—a stray dog who was more than eager to have a bite to eat.

The guys called the dog Annie. And after the malnourished dog had a meal, the guys decided to take her for a walk.

But after they left the cottage, they noticed that Annie was protecting a particular patch of grass. It was then that the guys saw something they never expected to see.

Huddled at the bottom of a small hole were seven small puppies. Annie was so malnourished that she couldn’t produce milk for them, but the puppies, on the other hand, were in good health and had the strength to crawl out of the little hole and start playing with the guys.

Mitchel and his friends quickly forgot about the bachelor party. Instead, they resolved to take care of the seven small puppies. But not only that… The guys decided to adopt all seven puppies and their mother, as well!

So what all of these fur babies called? Meet Brimmie, Rosie, Daisy, Knox, Gunner, Bear, and Finn.

Dogs are so darn smart. Somehow it feels like Annie went to Mitchel and his buddies for help to rescue her puppies—and she must have known that once the guys saw them, they’d fall in love with them.

Please share this article with your friends on Facebook to spread this amazing story and thank Mitchel and his friends for their effort.