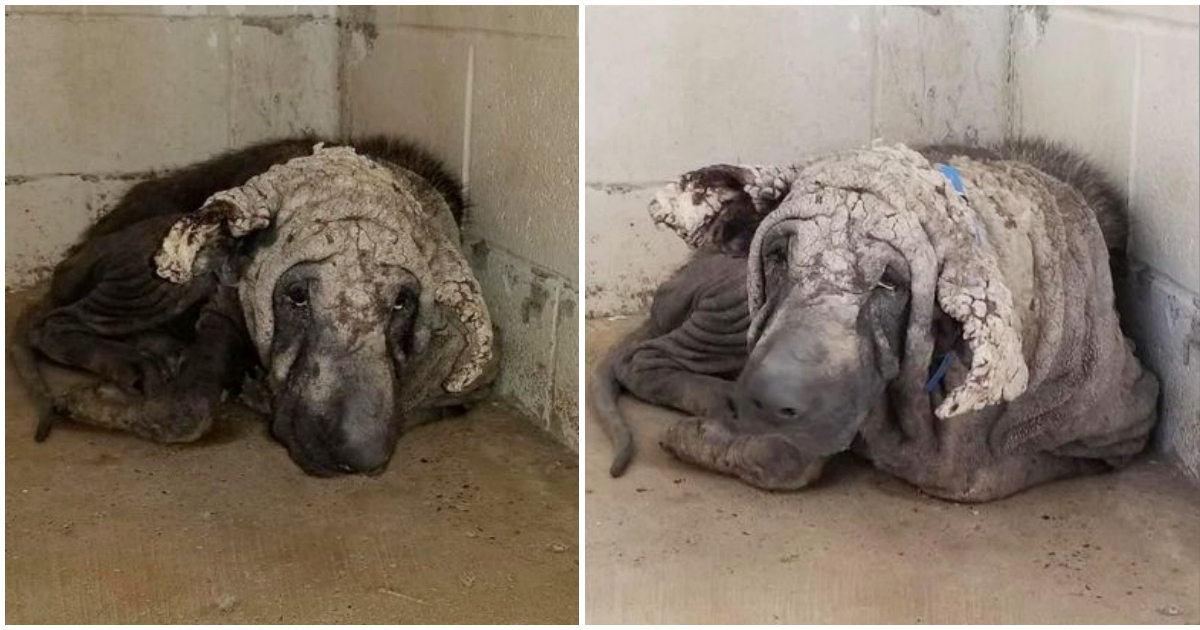 Sometimes dogs are found in shocking condition from a lifetime of neglect. One poor dog was found so malnourished and filthy that he barely looked like a dog at all.

But thanks to some love from his rescuers, his true colors are finally shining through — and he’s made such a remarkable transformation that it’s hard to believe it’s even the same dog.

Late last year, a dog was brought to a shelter in Texas in terrible shape: he was hairless and so scabby that he looked like he was made of stone.

The shelter contacted Rescue Dogs Rock NYC, who took the dog in and knew they had a lot of work ahead of them.

“He looked so sad and was in such deplorable condition,” volunteer Randie Semel told The Dodo. “He looked more like a statuary than a living creature.”

The dog, who was named “Grinch,” was so far gone they couldn’t even tell what breed he was. “Clearly he had been suffering for quite some time,” Randie said.

But with a little love and care, Grinch began to recover.

The neglected dog began to regain weight, and responded well to skin treatments, although he was still nervous and scared of other dogs.

Grinch really began to thrive once he was brought to a foster home in New York. Not only did he begin to trust humans, his fur began to regrow, revealing a beautiful shepherd/Malinois mix.

“Today Dobby (Grinch) saw snow falling for the first time,” his foster parent wrote. “Everything is so new to him. He’s playing with toys, chasing balls, walking really well on the leash and he now knows how to sleep on my lap.”

“He’s a very sweet dog. He loves all people.”

And now it seems Grinch’s foster home will become his forever home: his foster family are planning on officially adopting the dog.

What an incredible transformation — Grinch is now completely unrecognizable from the stone-like dog rescued from the street.

It shows that when it comes to dogs a little love and care can make a huge difference. Share this incredible story!