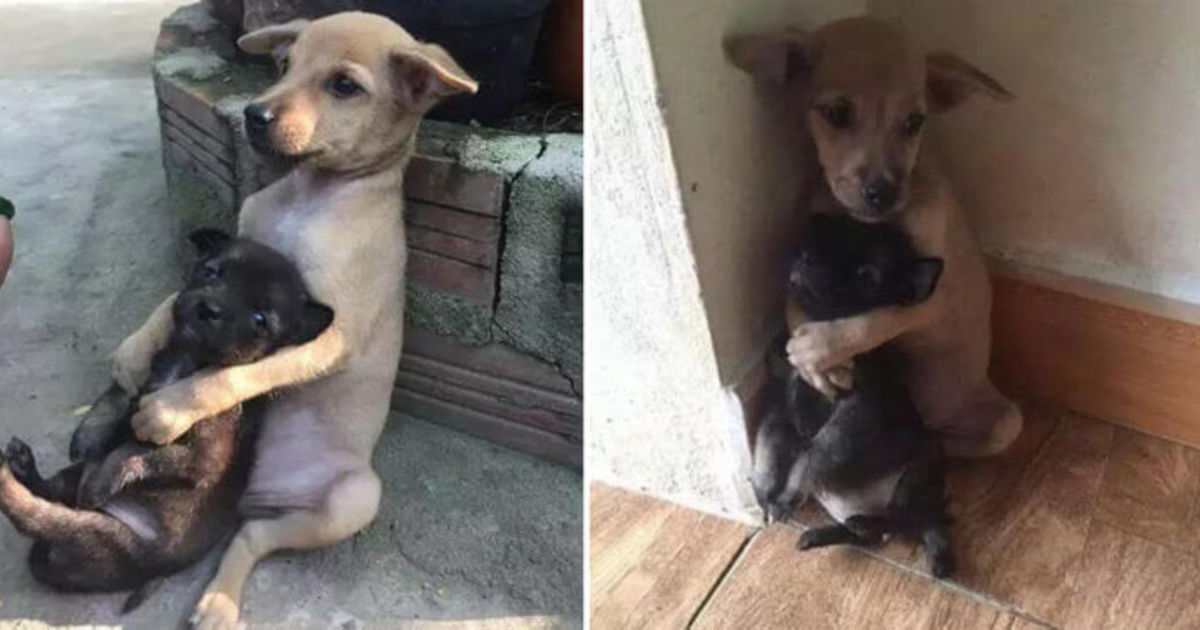 When I first saw pictures of these two puppies on social media, I couldn’t get them out of my mind. There’s something about seeing the bigger one hold his little friend that’s both adorable, but also makes you pray that they’ve got someone looking out for them.

So it’s hearting to find out that these former street dogs, who live in Ho Chi Minh City, Vietnam, are in good hands. Some kind Buddhist nuns noticed the inseparable pair and took them back to their nunnery to give them a second chance in life.

These two little cuties were lost and alone, wandering the streets of Ho Chi Minh City, Vietnam. Everyone ignored them, but some Buddhist nuns couldn’t bear to see them on the streets and decided to take them under their wing.

The bigger puppy wouldn’t let go of his little pal, and seemed to be letting his friend know that everything was going to be okay.

And even after the nuns took the puppies into their care, the bigger one made sure his buddy was safe.

They were shy at first, but slowly, the puppies began to relax.

And after a little while, the little one was even able to stand on his own two feet. 🙂

The bigger pup seems to have adjusted to life at the nunnery perfectly. He already looks like a zen master!

Now the puppies’ pictures are spreading like wildfire on social media in Vietnam and China, and it’s easy to see why.

And it’s all thanks to the kindness of a few caring nuns, who refused to let these dogs grow up on the streets.

Please share these heartwarming pictures with all of the animal lovers in your life!