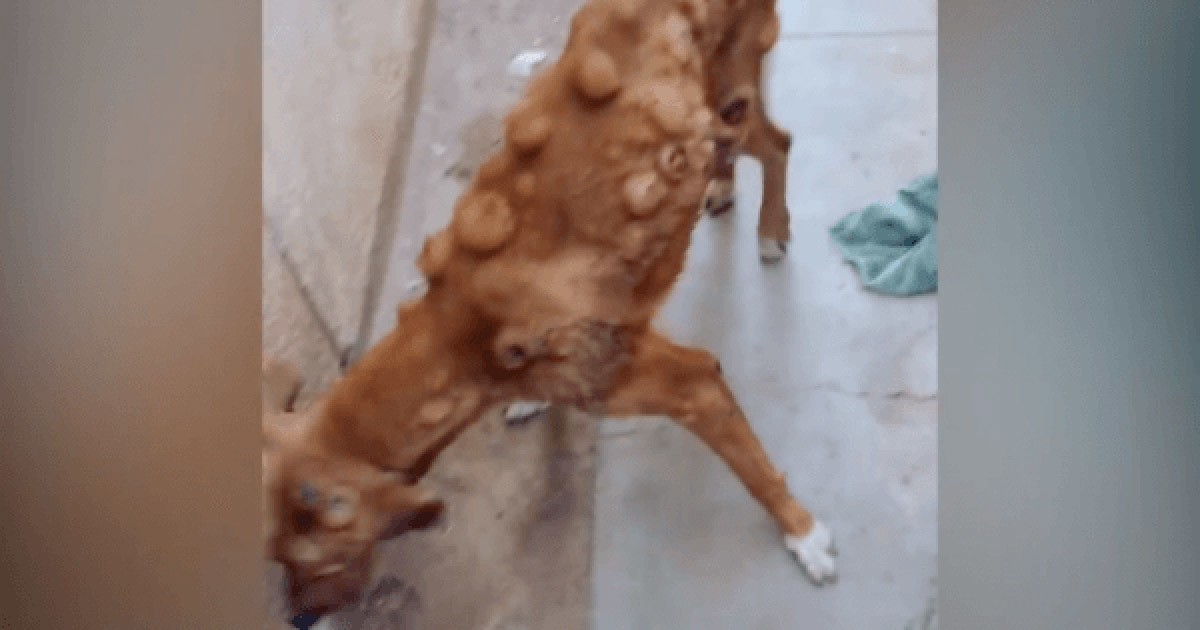 Mexico City has one of the highest number of street dogs in the world. According to statistics, over a million homeless dogs walk the streets of the massive city – all of whom desperately try to survive, despite having so little love or care.

That was exactly the predicament for this stray dog. In his case, however, he was fortunate enough to get a second chance in life – all thanks to an animal lover with a heart of gold.

In February 2015, an animal lover saw this dog wandering the streets of Mexico City. The dog’s body was covered with cancerous tumors. His wounds were open – and his body was clearly ready to give up. Seeing this dog broke the animal lover’s heart and she couldn’t look away, despite how difficult it was to look at him. She decided to take action – the least she could do was try to save him.

She brought the dog to Dalia Gamez, an animal rights activist in the area, who took the dog in and named him Boby.

Boby was immediately taken to a veterinarian for emergency treatment. They discovered that he was two – and that his tumors were indeed cancerous. Boby immediately began to undergo chemotherapy – but everyone feared that it was too late and that his body could not cope with the treatment.

But they also knew they had to try. The animal friends refused to give up on the dog, whom they knew deserved more than he’d ever had.

Dalia did her best to keep Boby in good spirits during the treatment, which consisted of eight chemotherapy treatments in two months.

It was still uncertain whether Boby would survive.

When Dalia later decided to share Boby’s story online, well-wishes quickly came pouring in forhim. And it was as if they made a difference- Boby was soon on a straight path to recovery. He began recovering at record speed, and the next picture of Boby Dalie posted online featured a healthy, tumor free pup! He was healthy, had defeated cancer, and left the street life behind.

Bobby’s fur was quickly growing back and he returned to a healthy weight. He also got back his pleasant mood and exuberant joie de vivre that rubbed off on everyone around him.

Today, Bobby, Dalia and the Gamez family live happily together. What a journey!

Thank goodness for the kind animal friends who found and helped Boby out. Please share this inspiring story with all your animal friends!