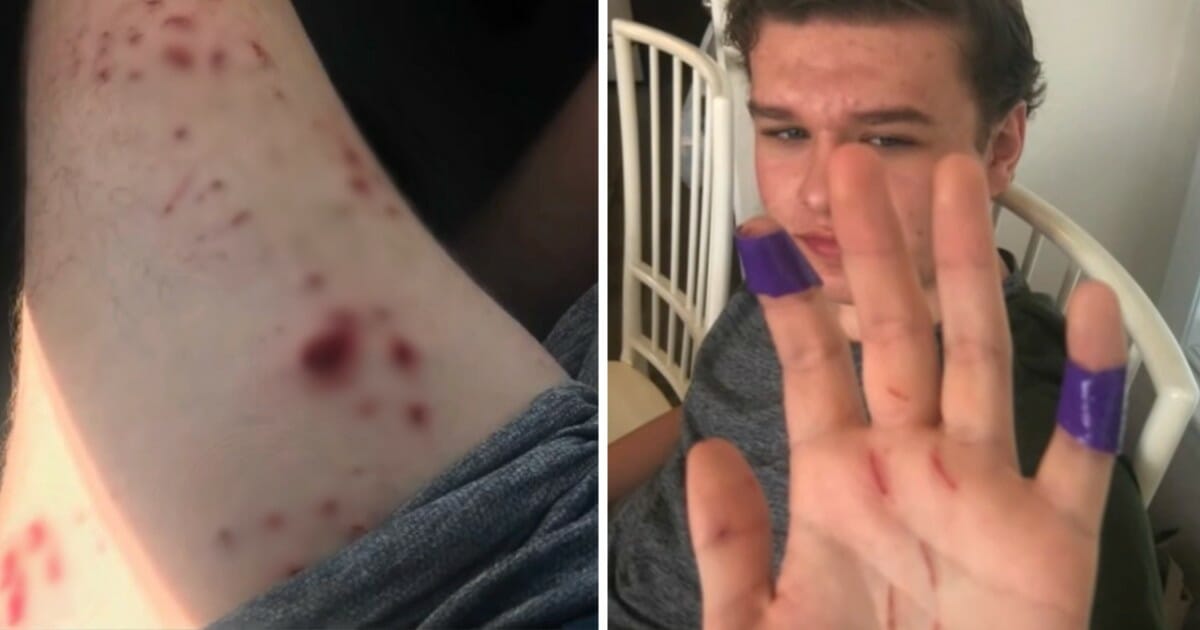 Nick Arthur, 16, was jumping in the waves on a sandbar about 25 feet offshore at Cape Hatteras, North Carolina when he started to yell.

His father, who was also out in the water with his son and daughter, thought Nick was messing around.

It wasn’t until he looked over and saw a shark with its mouth around Nick’s thigh.

“He was screaming ‘Get it off me. Let me go’ and I jumped into action,” Tim, Nick’s father, told CNN.

While Nick’s sister swam back to shore, Nick and his father fought off the 5-foot shark.

“My hands were bleeding. There was just lots of blood and sand all mixed together. I couldn’t really see what was going on,” Nick said.

Eventually Tim was able to punch the shark in the nose, and the shark loosened its grip.

The 16-year-old went to a nearby hospital where he was treated for 40 puncture wounds, which required 17 stitches.

Thankfully, his injuries were non-life-threatening and he was released from the hospital later that evening.

The Arthur family, who was visiting Cape Hatteras from their home near Winston-Salem, North Carolina, planned to finish out their trip at the beach.

While some in Nick’s position may avoid the ocean altogether, Nick said next time he’ll stick a little closer to shore.

Nick is extremely lucky his injuries weren’t any worse, and he was also lucky to have his father and sister nearby so they could help him.

Would you be quick to get back in the ocean after a shark attack? Let us know on Facebook.