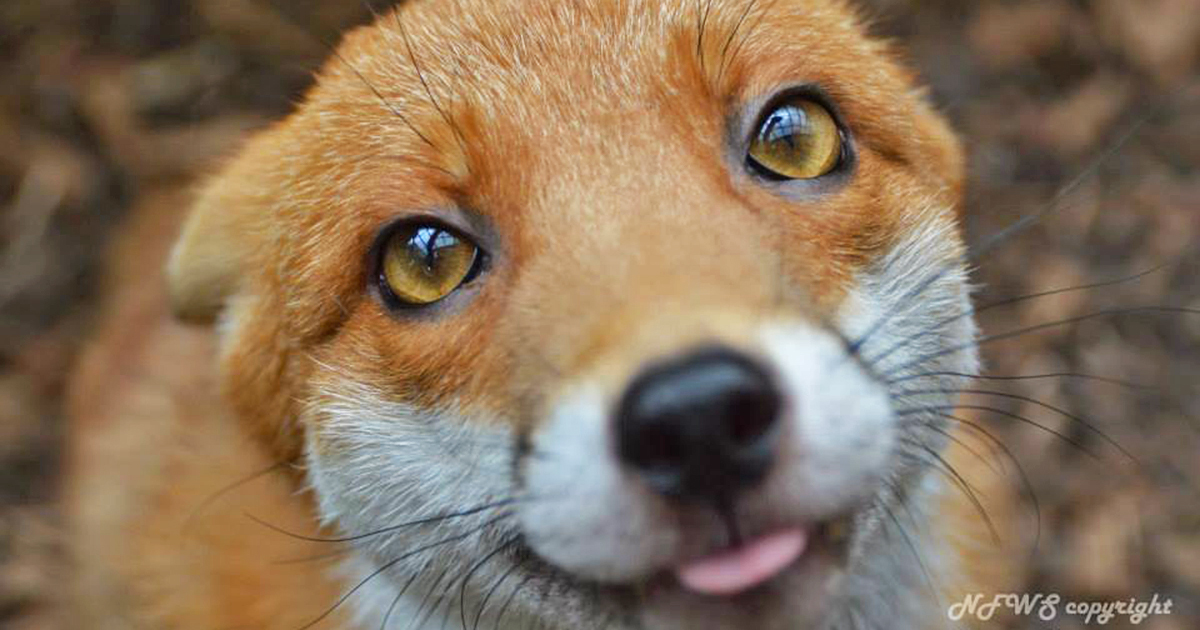 Some of the world’s cutest animals live in the wild, and while it can be tempting to give them a place in our own home, we have to remember that they belong in the wild.

However, sometimes these furry creatures find themselves in a tough spot and need a little help from humans to get back on track. One tiny red fox kit in Yorkshire found herself in that exact position when the kind rescuers at the National Fox Welfare Society (NFWS) stepped in to help.

The organisation is dedicated to rescuing and rehabilitating injured foxes among other wild creatures. Once the foxes are back to good health they are normally released back into the wild, but the fox they saved on this particular day was special.

It all started with a name: Pudding.

With big golden eyes and a cute red face, there’s no wondering how sweet little Pudding’s rescuers fell in love with her so quickly, and she with them.

Soon after she was rescued by the National Fox Welfare Society she was planned to join another litter of fox kits. Just before she was arranged to be integrated with the others, a tree fell into the enclosure, blocking the entrance.

Unable to join the litter, Pudding remained with her caretakers while the tree was removed. By the time the tree was gone, the hand-feeding and extra time together meant that Pudding had formed a real bond with her new human companions.

With the tree clear of the enclosure, plans to have her join the other foxes resumed, but in the end didn’t go to plan. Pudding had already decided that she preferred human company.

As a wild animal, her playful and affectionate nature caught staff off-guard, wagging her tail and excitedly yipping like a dog as she would eagerly greet her human pals.

Too tame for the wild, and madly in love with her caretakers, she was given an important job. As the official wildlife ambassador for the organisation, she became a full-time member of staff.

Eventually, she made another fox friend who was also uniquely tame. Having been reared as a household pet and surrendered to the organisation, they were companions until Pudding past away last year.

Wild foxes have a relatively short lifespan, but her time with the people she loved made all the difference to Pudding, and the impact she made on their lives and the whole NFWS will have a lasting impression.

If nothing else, Pudding showed the world how special foxes can be. Help spread her lesson by sharing this post with your fellow animal lovers.