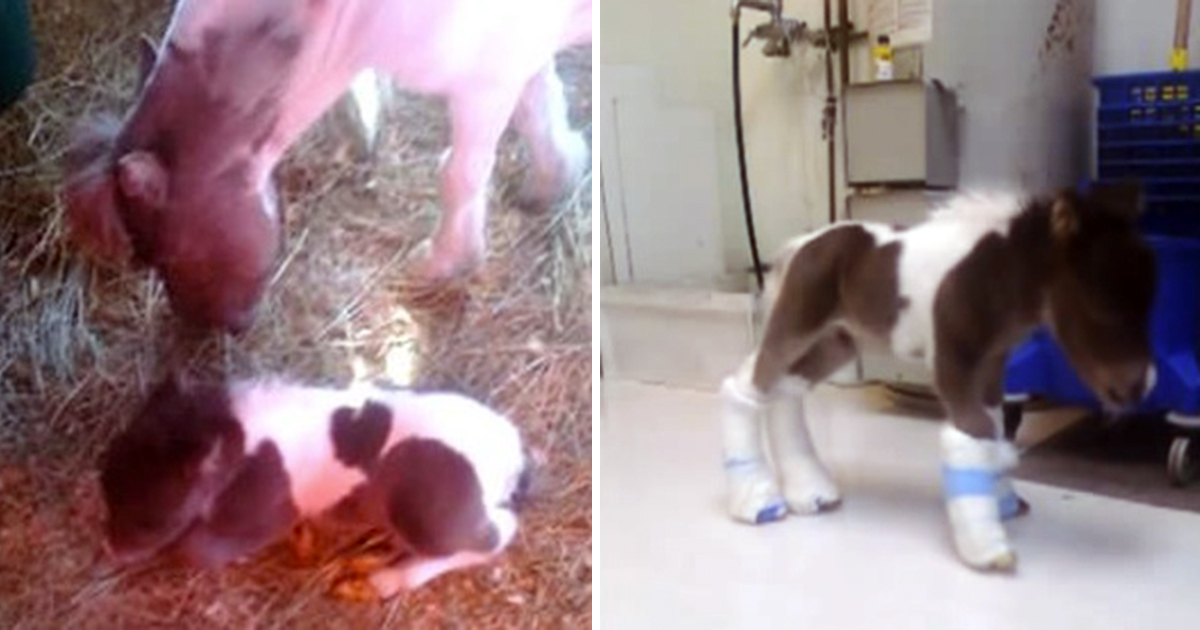 Everyone expected a healthy foal, but the outcome was not quite as they imagined. That summer, baby horse Roozer “Rocky” Brews was born. He was small, weak, and could barely stand. His legs were not strong enough to carry him. But when the owner was advised to put the ‘miniature horse’ to sleep, she refused to choose that way out. For me, this story showed that one should never give up. That tomorrow can carry experiences you would never expect today. And that there is so often a light at the end of the tunnel.

He was just over 40 centimeters tall at birth. The little foal was remarkably smaller than his counterparts, and was born with a number of serious health problems. They soon called him a “miniature horse”.

His legs were deformed because of an incorrect position he took in his mother’s womb. He could barely stand up.

“We were recommended to euthanize him, so we went home to think about it. I sat on the ground, cross-legged in the dirt, and saw him walk past me with his bandaged legs. I respected the veterinarians’ opinion and I also knew that if I made the choice to go against their recommendation, it would be a commitment for a long time, “ says owner Christina.

But the owner decided not to give up. Little Roo was certainly lucky to be born into such a loving home. The miniature horse was given all the care he needed to live as normally as possible – and against all odds.

Christina certainly decided to do everything in her power for Roo to get better.

Slowly but surely, he grew stronger and stronger.

Today, one year since Christina took the decision to fight for Roo’s life, she has not regretted it for a second.

The mini horse has a heart bigger than most — and is constantly charming his entourage.

Here’s a wonderful video showcasing Roozer’s incredible journey through life, from when he was just minutes old till now.