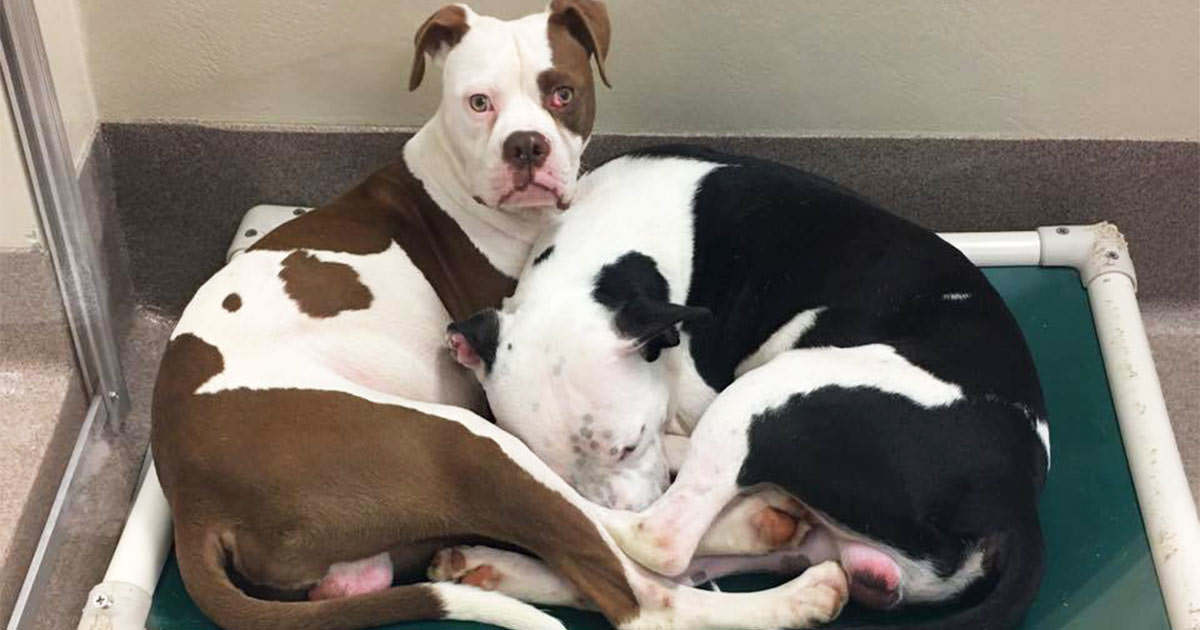 But once the two dogs met at the shelter, they had each other, and they weren’t about to let go of their newfound companionship.

Now, news of their sweet friendship is spreading all over the world.

Chilli Pepper arrived at Georgia’s DeKalb County Animal Shelter first. Sad and alone, he waited to be adopted by a loving owner, but the days went by and he was without a friend at the shelter.

Life is stressful for dogs at shelters, so volunteers usually try to pair them up in one kennel as soon as they can so the aninals have a buddy to keep them company.

Chilli Pepper finally got a roommate the day Blinker showed. But the two dogs didn’t form just any friendship.

Chilli Pepper and Blinker turned out to be as close as two friends can be. They spend all of their time together and just can’t stop cuddling.

“I like to think it must be nice to have a friend to hang out with while in the shelter. It may help with the stress some dogs feel when coming into the shelter,” Kaitlyn Garrett, photographer and social media coordinator for the LifeLine Animal Project DeKalb County Animal Services, told The Dodo.

The two dogs never leave each other’s side and are basically glued at the hip. But even though they seem inseperable, the two dogs do have different personalities.

Blinker loves to cuddle, and as soon as he sees someone, he jumps into their arms. Chilli Pepper has more energy and loves to chase tennis balls.

But the two dogs do have one thing in common. Apart from the fact that they love being around each other, they also love playing together and licking each other’s ears.

“It is definitely heartwarming to see two dogs from different backgrounds find comfort in each other. he shelter can be stressful for dogs; it is great to see them find a friend in each other during their stay,” Garret told The Dodo.

Blinker and Chilli Pepper are still waiting to find a forever home. Blinker has an eye infection and needs surgery, which the animal shelter will pay for. But if Garrett gets her wish, the dogs will be adopted together.

“It would be great if they could find a home together. They both do fine when separated and we wouldn’t want to hold one of them back from finding the perfect home just because the family isn’t in the position to take home two. We want them to find their perfect match, whether it be together or separate,” Garrett told The Dodo.

All dogs deserve loving homes. Share if you agree!