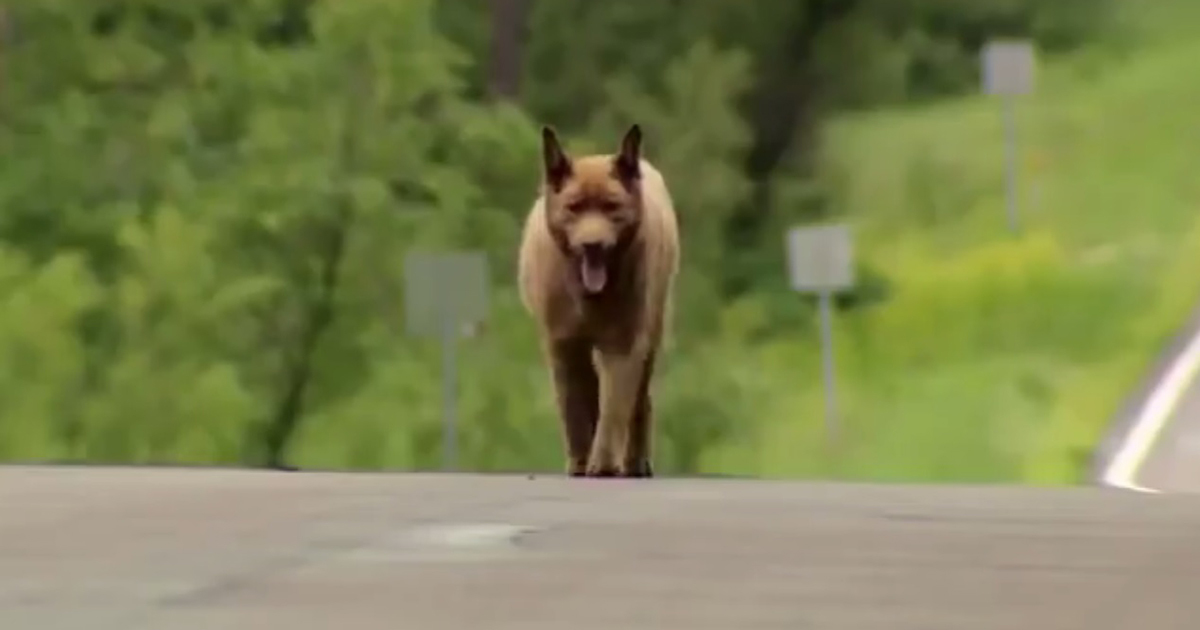 Dogs are often called ‘man’s best friend’ because of the close relationships the two species often have, but one dog has shown how deep the bond really runs.

Bruno, an elderly dog who lives near Longville, Minnesota, is not the sort of dog who likes to be tied up – as his owners Debbie and Larry LaVallee found out shortly after they took him in as a pup 12 years ago.

Larry originally tried to keep the loveable canine at home and even chained him up – but quickly realised Bruno wasn’t too keen on the idea.

As photojournalist Chad Nelson explains, once Bruno discovered the nearby highway leading to Longville, he made it a daily routine to go to the town, quickly making himself known to the local residents.

Bruno’s goes on a four mile commute to stop by a number of stores, delis, town hall, ice cream parlours even people passing by on the street – so many, in fact, that his owners have lost count.

He’s even been described as ‘not just a dog, he’s a spirit’ but one man in the town, and it seems like this fascinating dog has become Longville’s most popular member.

As Chad Nelson says, Bruno might have had a monument made for him when he dies – if a shrine to him hadn’t already been built.

Watch Bruno’s full story in the video below:

Share Bruno’s story with your friends to let them how great the animal kingdom is!