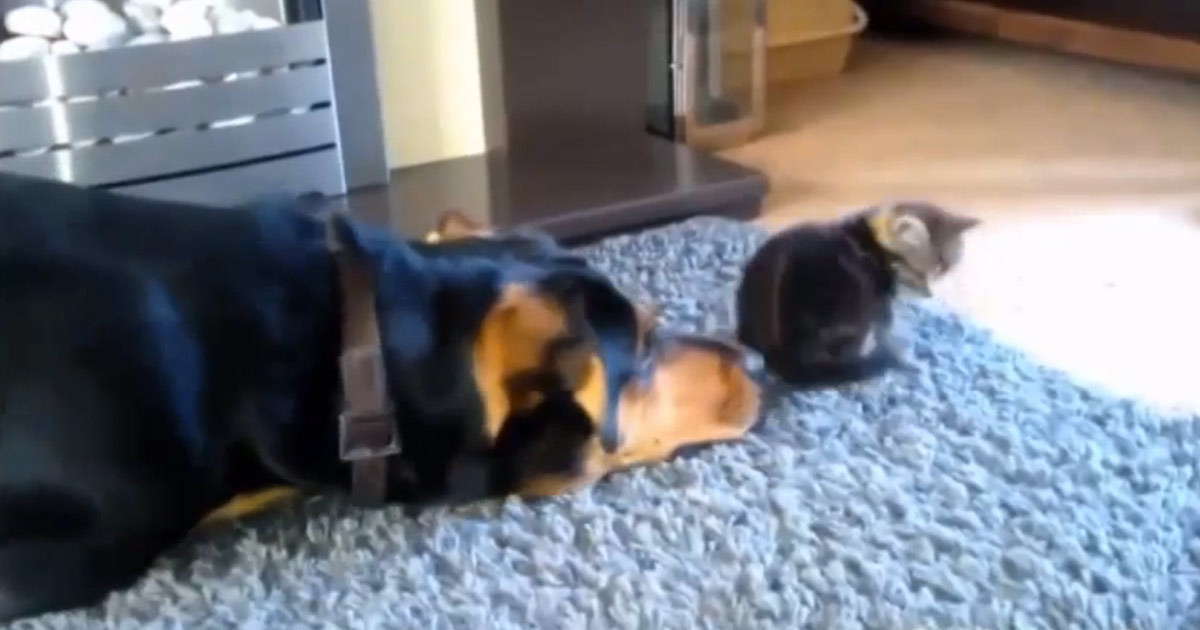 That dogs and cats are sworn enemies is a classic myth that has certainly survived over the years.

Even their respective owners seem to disagree on which of the two make the best companions – as describes this article about the little things that separate and unite cat and dog owners.

But do cats and dogs really dislike each other as much as so many believe?

Well the clip below reveals a fresh angle to the classic debate – one that suggests one of the two pets do at least sometimes makes an effort.

It also seems clear that of the two animals, dogs seem to typically be more interested in furthering friendships with cats than the other way around.

In this clip, which has been seen over 7.5 million times, we watch as several different dogs come up with a wide variety of tactics, tricks and methods to seduce their hairy companions. Unfortunately, more often then not, this results in a complete – albeit adorably hilarious- fail for man’s best friend.

But keep watching – things do take a different turn…

So adorable! Share these two minutes of absolute cuteness with your famly and friends and help bring a smile to someone’s face today!