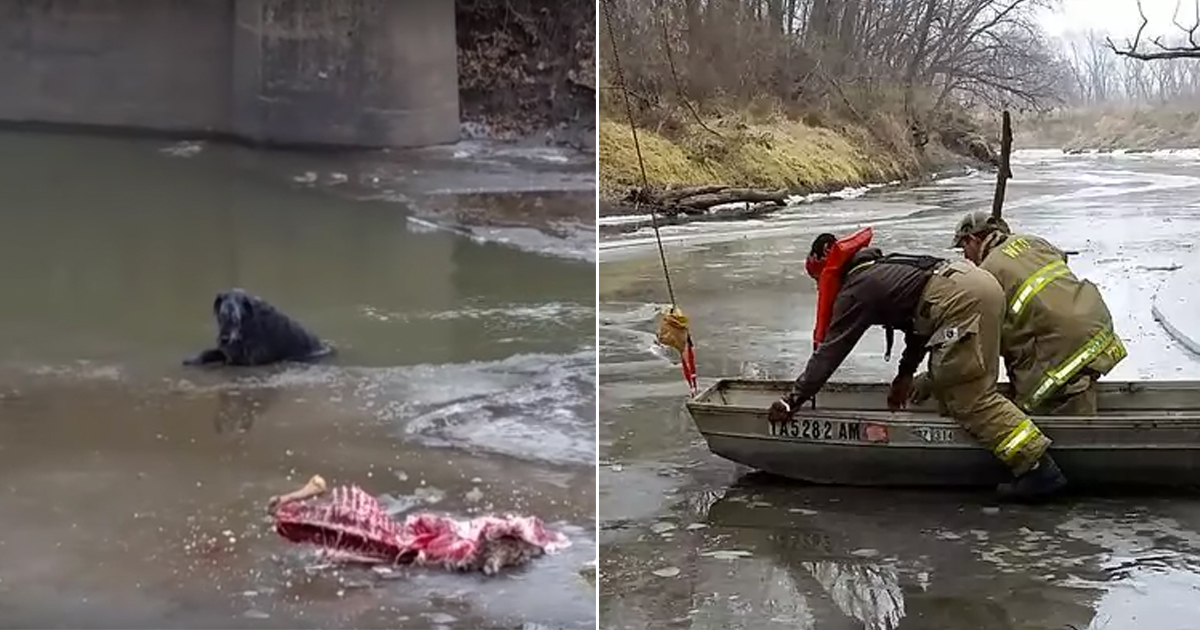 Things weren’t looking good for a 13-year-old dog named Sam. The Labrador mix had fallen through the ice into the freezing waters of the Middle River in Madison County, Iowa.

He was unable to pull himself out, and things might not have turned out well. But then, his fortune changed. A man was walking his dog nearby and heard barking coming from the river.

And when the man realized that the barks were coming from a dog in danger, he acted quickly.

Jerry Romine was out walking his dog, Lucy, when he heard another dog barking. He put Lucy back in his truck and drove to a bridge near where the barking was coming from.

From the bridge, Jerry could see Sam.

Only the Labrador’s head was above water. He was fighting for his life.

Jerry tried to get close to the dog to pull him out, but couldn’t get close enough. And each time he got near, Sam let out another heartbreaking howl.

“The worst noise you could hear from an animal. Anytime I would leave and he couldn’t see me, that’s when he would start to panic and howl.”

Jerry wanted to try pulling Sam to safety with a rope, but still couldn’t get close enough without swimming out into the water. Finally, he called emergency services.

Fifteen minutes later, the rescuers arrived. Jerrt told two firefighters where to find Sam, and they quickly managed to pull Sam out of the freezing river.

Although Sam was so cold that he couldn’t even shiver, a vet had him back up on his feet in 30 minutes.