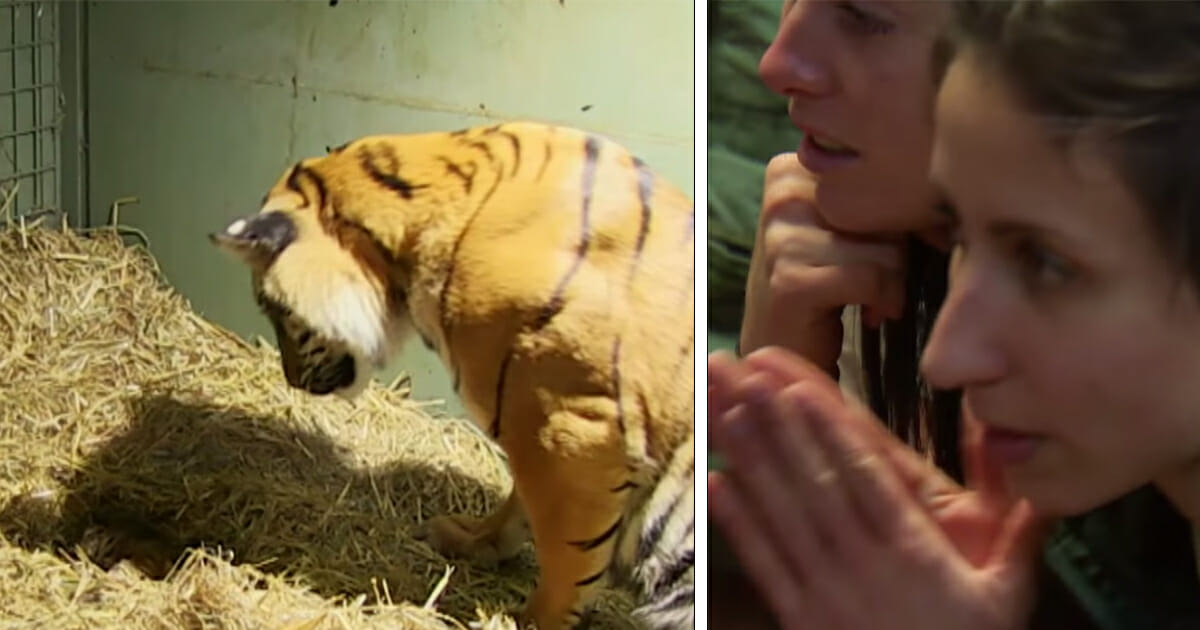 Giving birth is one of the most magical moments in any parents life.

The sheer magnitude of bringing a living, breathing creature – one you’ve grown inside of you – into the world … it’s simply an unparalleled experience. Of course, delivering the next generation of babies isn’t something reserved for humans; it’s something all animals across the world have to do one way or another.

When it comes to our animal friends, there are a multitude of methods evolution has developed for them to bring babies into the world. Some of them – take dogs and cats, for example – most of us will be familiar with, since we’ve seen it either first hand or on TV. When it comes to creatures like tigers, however, it’s a different matter altogether.

Fortunately, a recent video surfaced on the web showing a truly huge tiger birthing two cubs. The clip proved to be a hit online, with the world getting to enjoy a breathtaking moment …

The birth took place at an Australian zoo, where zookeepers had been monitoring the mom for some time. In the video, Kaitlyn – a Sumatran tiger – can be see delivering two male cubs.

Obviously with things like this, a big emphasis is placed on ensuring the survival of the mother, as well as being on the lookout for complications that can arise throughout the delivery process. In this instance, the zoo’s staff were watching keenly to make sure everything went to plan.

As you can see shortly after Kaitlyn delivers her first cub, there’s a thin layer of film around its body. This is to help with the birthing process – providing a smoother exit from the mother’s womb – and tiger moms will then lick the film off in the seconds following the birth.

Despite rolling onto her side in exhaustion, Kaitlyn’s task wasn’t quite done with just yet. She had another baby to deliver, though this one proved far easier.

In fact, the second cub was already kicking his legs before he was even fully out of the womb, proceeding to breathe perfectly mere moments after coming into the world.

As it was, two healthy new cubs were introduced, marking an important step regarding the conservation efforts in place to keep these tigers safe.

Sumatran tigers like Kaitlyn are on the critically endangered list, with their numbers thought to stand between 400 and 600. Two might not seem like such a significant number, but it’s two more that will hopefully go on to breed and produce their own children.

Conservation for animals such as Kaitlyn is of the utmost importance moving forward!

Share if you think all animal species deserve the chance to live free in the wild.