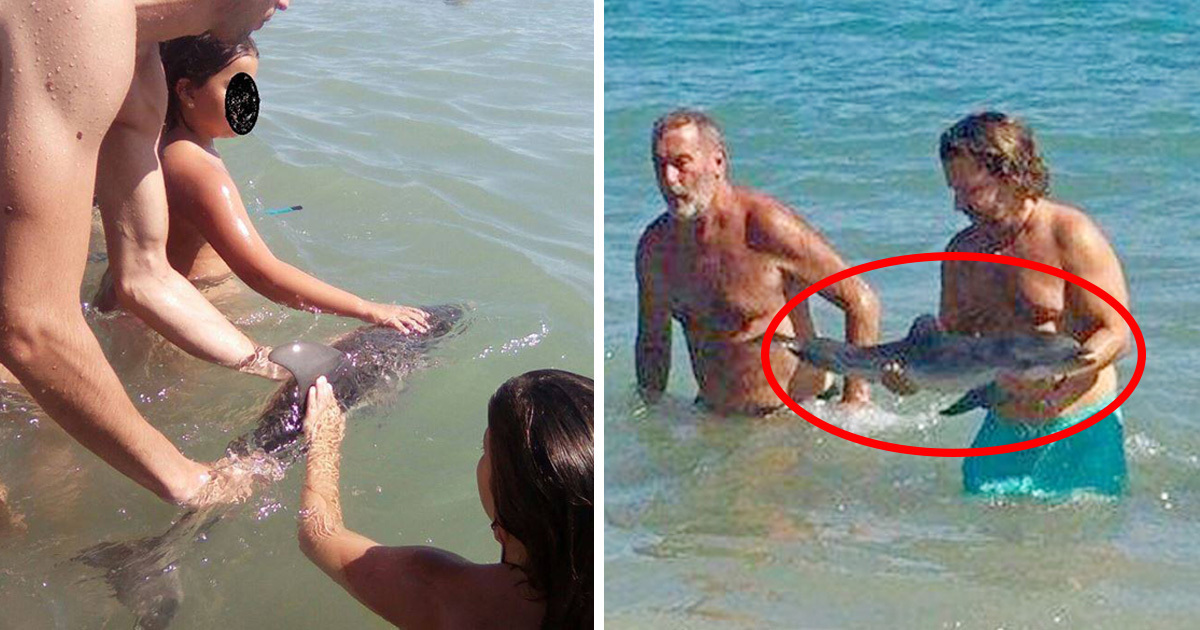 The rules of nature are ‘look but don’t touch’. You would think people could understand this.

As lovely as it is to come close to wildlife and see animals in their natural habitat, it’s important to also respect the animals.

Watching what these insensitive and reckless tourists did to this poor baby dolphin made my blood boil!

The incident took place at a beach in the town Mojácar, in southern Spain. A baby dolphin seemed to have been separated from her mother and was stranded in the shallow waters of the beach. Several tourists on a beach vacation spotted the helpless animal.

The rational and selfless thing to do in a situation like this would be to contact an animal welfare organization or call the police and tell them what has happened so that the dolphin is saved and reunited with its mother.

But these tourists seem to have a completely different way of thinking unfortunately.

The tourists caught the poor dolphin and lifted it out of the water. Then they all took turns in taking numerous pictures with the helpless creature. The dolphin was terrified and started panicking.

Word finally got around to the marine wildlife rescue group Equinac.

They hurried to the scene to try and help the calf but it was already too late — it was found dead in the water.

“They should have called emergency services. You should never rush to take pictures of a vulnerable and fragile dolphin. People have been doing this for many years and it always happens on beaches.”

The organization is correct in saying that this happens frequently. We’ve previously reported about a similar case in Argentina where a dolphin died because a mob of people wanted to take selfies with it.

“Cetaceans are animals very susceptible to stress and crowding them to take pictures and touch them causes them a very strong shock that greatly accelerates a cardiorespiratory failure, which is what finally happened,” Equinac said.

This is sheer stupidity and cruelty! Why can’t people just leave these poor animals alone? All this for the sake of a selfie?

Please share to spread the message that you should not tamper with wildlife!