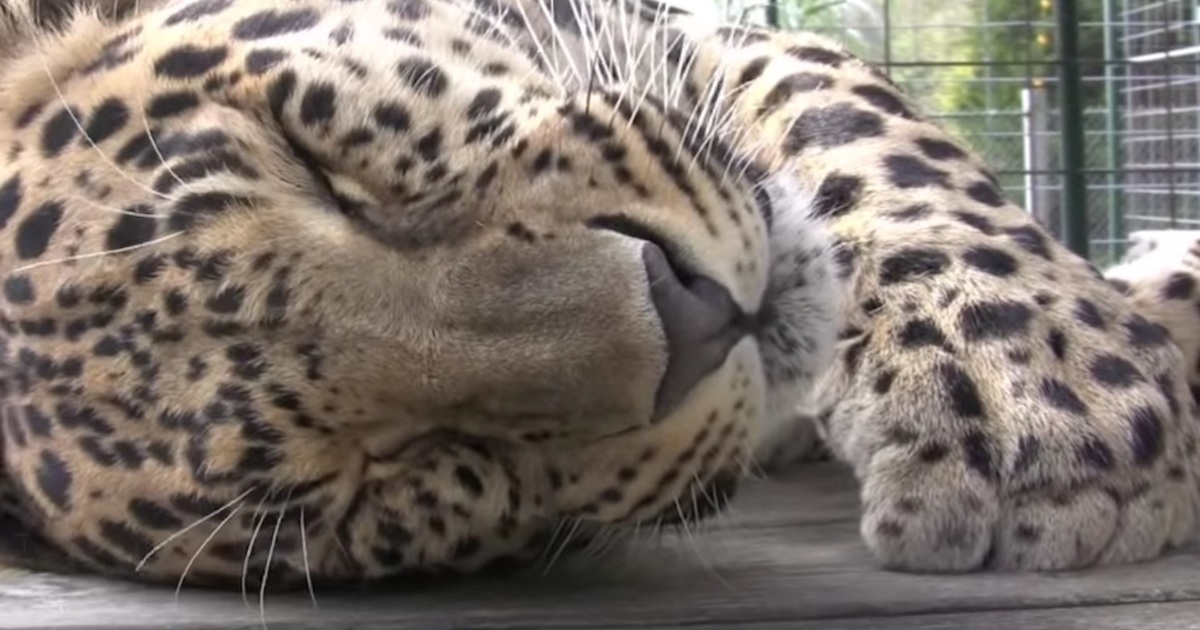 With their adorable faces, giant paws, and magnificent coats, baby leopards may look like oversized kittens, so it’s understandable that they might set off an intense snuggling instinct in you. But it only takes a few months for baby leopards to become the dangerous undomesticated creatures they are. Still, that doesn’t stop a few people from adopting leopards while they’re still young, including one breeder who adopted a African spotted leopard named Voodoo. The breeder bought three-month-old Voodoo as a house cat and companion to two Rottweilers. But as Voodoo grew, that plan fell apart. Voodoo soon became a danger, and his owner tragically had him declawed. And when Voodoo proved too aggressive even without claws, he was taken to William Pottorff at Cedar Cove Tiger Park.

The move was a turning point for Voodoo. The leopard arrived five months old, clawless, and unable to do the kinds of things leopard should be able to do. He was angry cat and quite antisocial. But he was also in good hands.

Trainer William Pottorff worked with Voodoo and after a while, Voodoo became the lovable cat he is today. And while you still shouldn’t get close to an essentially wild animal like Voodoo unless are properly trained first, you can see from this video that Voodoo is a sweetheart. Ad he obviously loves to be petted, even leading Portorff to his favorite spots to be scratched!

Share if you find Voodoo adorable and are also happy he found a loving home!