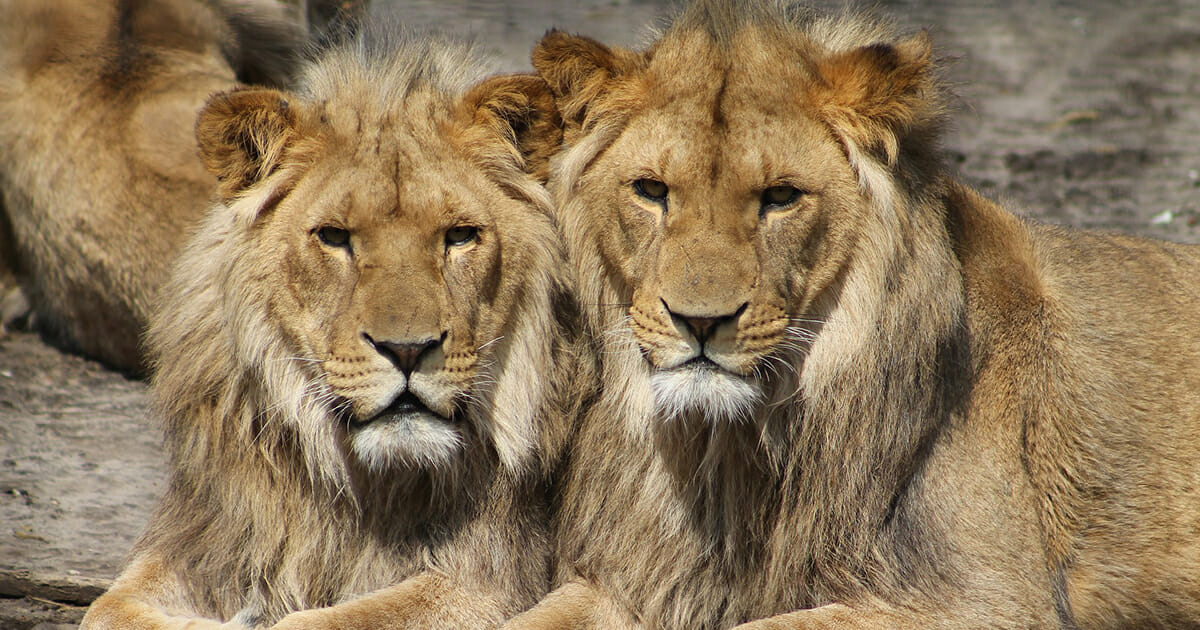 Their goal? To hunt rhinos.

Instead, in what some would call a just twist of fate, the hunters became the hunted when a pride of lions got involved, as per the Daily Express.

The scenario unfolded at the Sibuya Game Reserve, near Kenton-on-Sea, in Eastern Province, South Africa.

As staff were doing their rounds, they discovered hunting rifles equipped with silencers, wire cutters to get beyond the Reserve’s perimeter and an axe – supposedly the tool of choice for those looking to de-horn rhinos.

Staff also found three pairs of shoes, bloody body parts and a severed head, indicating that there were likely at least a trio of hunters that fell victim to the cats, who are one of many species of animals that call the reserve home.

Park owner Nick Fox has written a press release on the Reserve’s Facebook page, in which he explains more details about the matter.

“Whilst we are saddened at any loss of life the poachers came here to kill our animals and this sends out a very clear message to any other poachers that you will not always be the winner,” Fox said, as per the Daily Mail.

Fox himself suspects there were more poachers in the company than the suspected three whose remains have been found.

“The lions may have eaten more of them, it is difficult to tell as the area is very thick with bush and you cannot be sure what they have taken off to feed on elsewhere.”

He then continued: “The best estimate we have so far is that three of the gang were eaten.

To kill animals for the sake of enjoyment is something I will never understand. I hope that in the future we can live in a world where trophy hunting doesn’t exist, and animals aren’t slaughtered for parts of their body.

What do you think? Please share this article and leave thoughts in the box below.