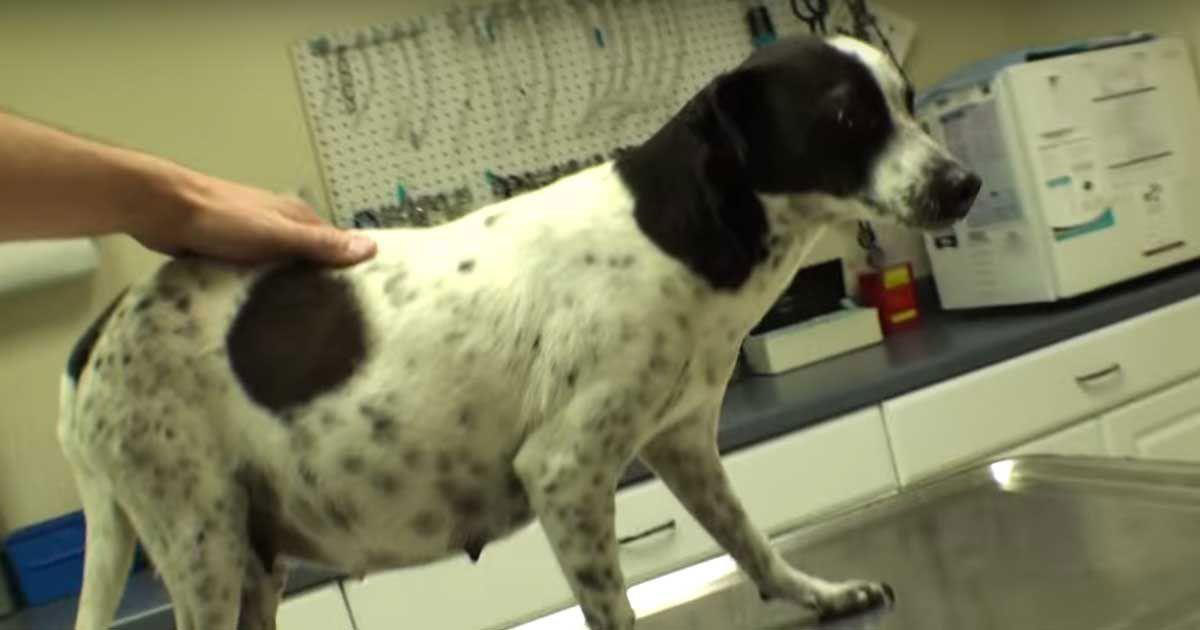 Gracie was homeless, pregnant, and scheduled to be euthanized until one Texas animal shelter came to her rescue. And if they didn’t, it would’ve been a bigger loss than anyone could imagine. Because the pregnant dog held an amazing secret within. It’s difficult to understand the thinking of high-kill shelters, especially when the animal involved is a pregnant mom. So when Vet Ranch heard about Gracie, the Texas-based nonprofit animal rescue organization wouldn’t allow her to be put to sleep. Instead, they gave the mom-to-be a second chance so that she could give birth to her babies and live out her life in a loving home.

Veterinarian Matt Carriker, founder of Vet Ranch, took care of Gracie in the weeks leading up to her delivery.

As the weeks passed, Gracie became quite large, and when Dr. Carriker X-rayed her, he found out why. Although dog litters average three to four babies and usually max out at about eight, Gracie’s X-ray had so many babies that Dr. Carriker couldn’t get an accurate count. So when the veterinarian arrived at work one morning and saw that Gracie had given birth the night before, he was astonished to find out she had delivered 12 puppies!

Fortunately, Vet Ranch was able to arrange for forever homes for Gracie and all of her puppies, which really puts it in to perspective what a loss it would have been if Gracie was never rescued.

The rescue center posted video of Gracie’s story last summer and to date, the video has received more than 3 million views on YouTube. And when you see the new mom lovingly take care of her dozen puppies, you’ll understand why. Check it out below!

Did Gracie and her adorable melt your heart? Share this video if you agree that animals should be given a second chance in life!