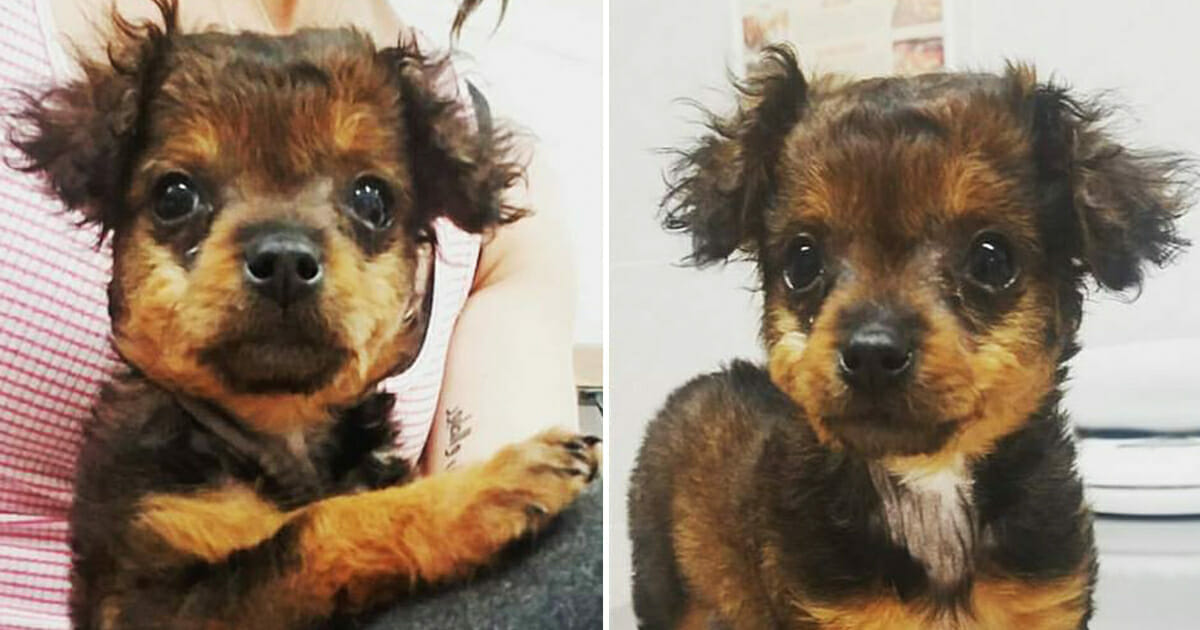 It’s a tragic state of affairs when an owner has no love for their pet. So often is this lack of emotion manifested in abandonment, be that because the pet is unruly, loud or has fallen ill and therefore requires extra care. Whatever the reason, it’s sad to see an animal turned out of its own home.

This was exactly the case for one unfortunate pup, Bo, whose owner believed her to be paralyzed and so dumped her at a vets.

Fortunately, the vet refused to accept the owner’s explanation and decided to do some digging of her own. She would soon find something that changed everything.

Six-week-old puppy Bo thought she had a loving home for life. Little did she know that her would-be owner had other ideas. From the off, Bo had difficulty with her mobility, and before long it got to the point where she couldn’t walk around at all.

Rather than try and get to the bottom of the problem – or indeed accept responsibility for taking care of the dog – her owner opted for the easy way out. Bo was taken to a veterinarians, where her owner explained the situation to a vet and said that the dog was surely paralyzed. The owner said she didn’t want Bo to suffer, and asked for her to be put down.

Preparing for the worst

The vet took Bo into a treatment room for further assessment. Before they realised what was happening, however, the owner had left the building without another word, effectively abandoning Bo to her fate.

The vet put Bo on an IV drip, sure that she would be forced to euthanize the pup a few minutes later. Instead of simply going ahead with the procedure, however, she decided to take one last look at her and try and determine the source of the problem through a series of tests.

The ensuing medical examination of Bo uncovered something that would change everything.

When the vet looked a little closer at little Bo, she saw something strange in the way she was moving. She found that the pup was suffering from hypoglycaemia, a medical condition that meant she had low blood sugar levels. The only reason Bo had symptoms akin to paralysis is because she was too weak to move.

Bo was immediately administered with what she needed to regain her strength and handed over to Piper Wood, who runs Hand in Paw, a California-based rescue group. It didn’t take long before she began to see results.

“Maybe they weren’t feeding her enough, and her blood sugar was too low,” Piper told Western Journal.

In the end the cure was simple: Some fluid and a drip, and Bo was able to recover.

Bo was visibly frightened whilst at the vets, and Piper marked in her assessment how the pup appeared to be scared of people. She decided to rename her Bella and watched over her while the search began to find her a forever home. Above all else, Piper wished for Bella to know what it felt like to be loved.

Before long, the aim was accomplished. “When I took her to her new home, I saw her play for the first time. She was playing with like 10 different toys at once and running around, and she was so happy. That was incredible to see because I’ve only seen the scared side of her. She’s definitely feeling so much better, and she feels at home now,” she said.

Fortunately, the vet was able to save Bo/Bella’s future, and now the dog can finally look forward to living the life she deserves. We hope Bella enjoys her new home, and can now concentrate on doing all the things a young dog should be doing.

All dogs deserve to live in a warm and loving home. Share this article if you agree!