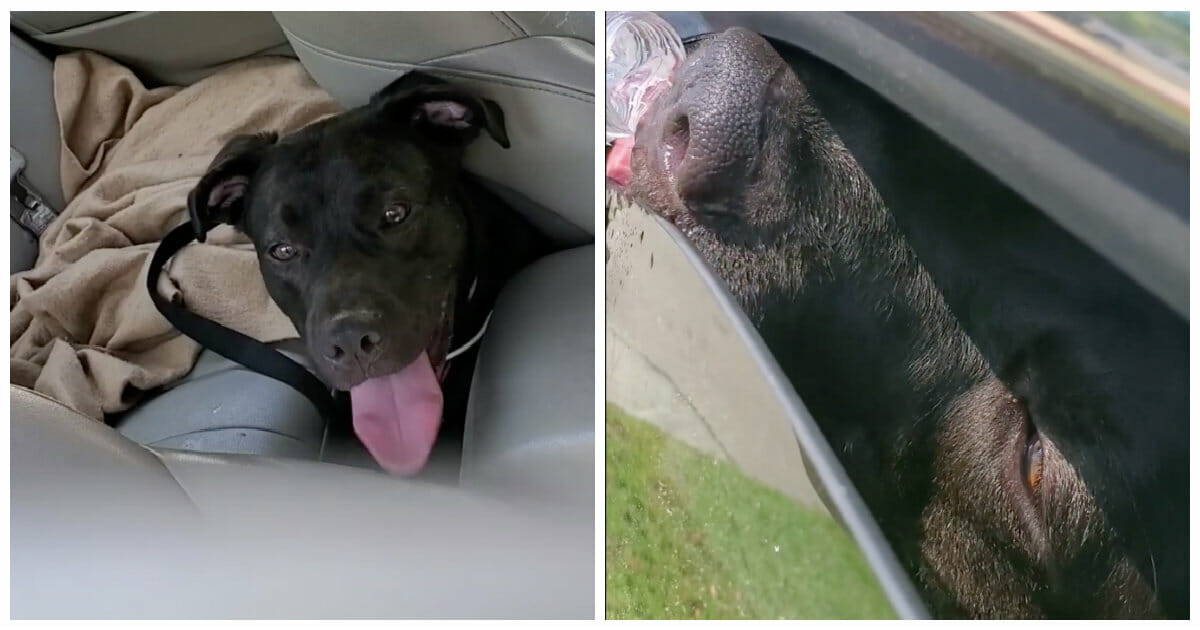 It’s always important for pet owners to be alert when it comes to leaving animals in cars. Hot car deaths are a serious problem especially for dogs, who are susceptible to heat stroke.

While these deaths are most common in the hot summer months, they can happen year-round, and even if you leave the windows cracked, it’s still inadvisable to leave your dog unattended in a car.

Laws have been set up to protect these animals in danger… and often, to legally protect helpful bystanders who try to save the dogs by breaking the windows open.

But as one man found, sometimes you just have to take a risk if it means saving a dog’s life, even if it does mean breaking the law. 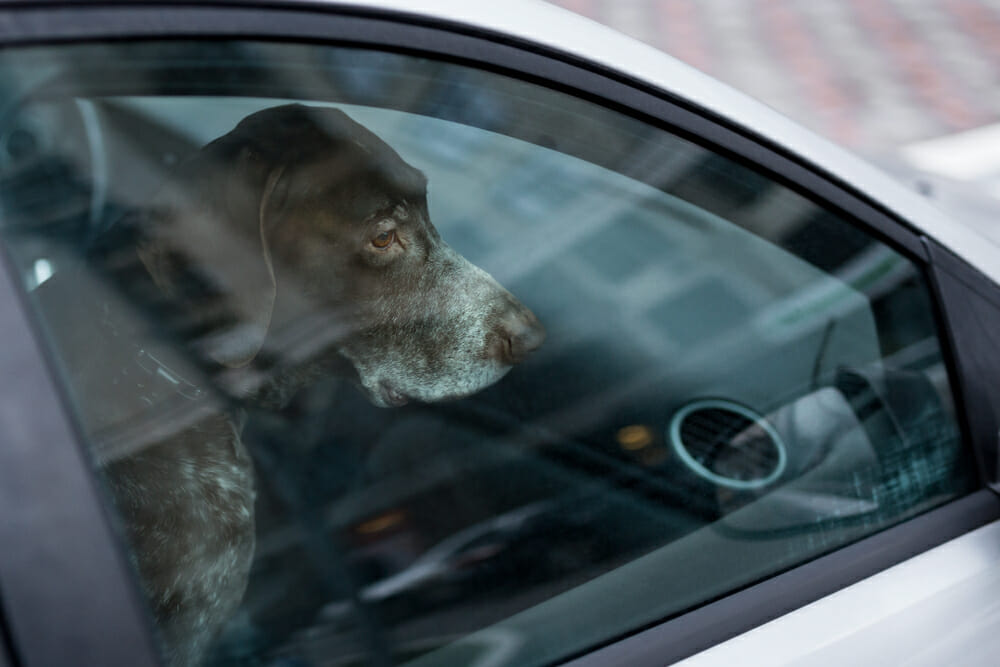 In April, a man named Jason Minson, a former US Army Sergeant from Chesapeake, Virginia, shared on Facebook the saga of a poor dog he came across.

The dog was standing in the parked, turned-off vehicle with no owner in sight. While the window was slightly cracked, Jason could tell the dog was in danger.

“It’s summertime, people. Take care of your dogs, don’t leave your dogs in vehicles,” he warns in a video. “This dog’s about to die.”

He called the police and waited with the dog, and said he would break the window, except it was against the law in his area.

The dog was desperately panting with his tongue out, and was keeping low in the car to stay away from the heat.

Jason and a female companion fed the dog water from the crack in the window. The thirsty dog took the drink, gulping down two bottles of water:

Norfolk Police officers arrived on the scene to help the dog. They followed standard protocol, meaning were unable to damage property by breaking in to get the dog. They called the fire department for backup.

But Jason, fed up with waiting and knowing the clock was ticking, decided to just break the window, saying they could charge him with whatever they wanted, just as long as the dog was safe.

He breaks the window (avoiding hitting the dog with glass) and people can be heard cheering:

Jason had no regrets over the decision, and knew it was the right move: “The officers in Norfolk were doing their jobs correctly and were trying to get the dog without causing property damage … but I honestly didn’t think this pup was going to make it and my job wasn’t on the line because of policy,” Jason wrote on Facebook.

“In Virginia you will get charged with 2 felonies,” he wrote. “If you do it and I see it you’re going to get your window busted out AND 2 felonies.”

However, according to WTKR, the woman who left the dog in the car was charged, but with a misdemeanor. She paid a $250 fine for the crime… which Jason feels is not enough.

“I am not trying to ruin this girl’s life, but it’s a serious thing what she did, and she should be held responsible for almost killing an animal that couldn’t help itself,” Jason told WTKR.

He also said he was writing to Virginia Governor Ralph Northam, encouraging him to amend the state’s animal abuse legislation, making it legal for Good Samaritans to intervene by breaking property.

This story is not only a reminder to never leave your dog alone in a hot car, but also that we need to protect the good people who save them, even if it violates the law.