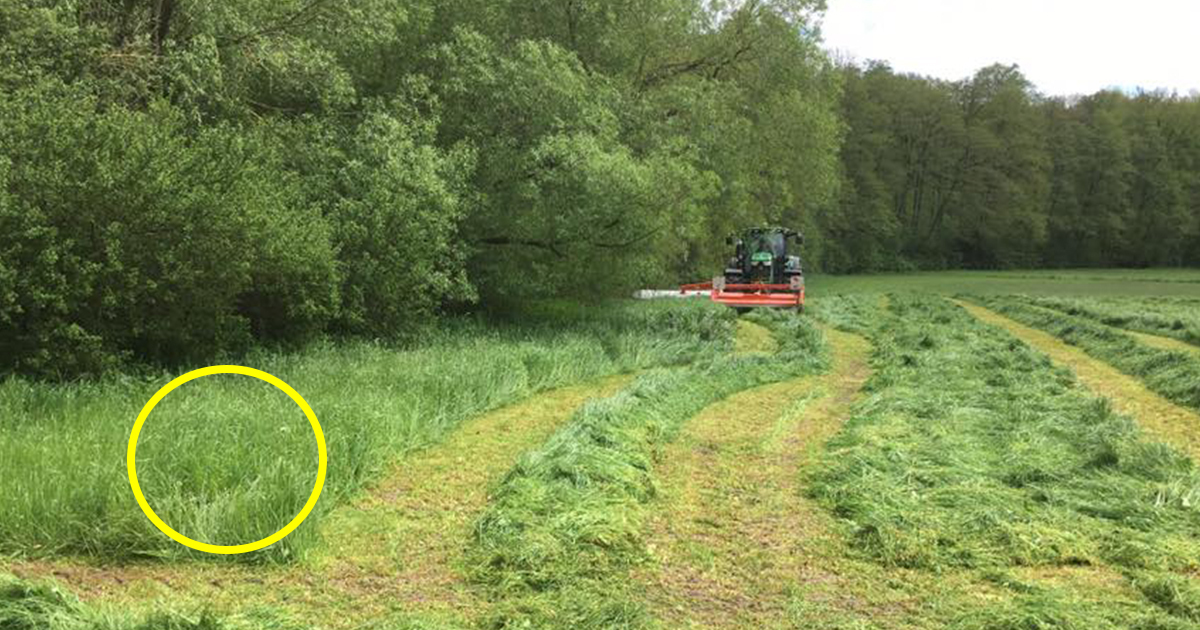 Summer time is prime season for farming and also when tractors begin to hit the hay, literally.

Country fields need to be harvested with bush hoggers, but unfortunately in the process, it’s not only hay that gets bush hogged.

David Long, a biologist, calls bush-hogging the “biggest threat to wildlife.” Every year there are reports of deaths of different animals, especially young ones that are killed during the process. Fawns, which are baby deers, happen to be one of these.

If left on their own, new born fawns tend to stay hidden in high grass fields. Unfortunately, it’s rare that they react or run away when they hear a tractor come their way.

In addition to the poor fawns dying a terrible death, it can also be dangerous for other animals if their carcasses end up in haystacks and decompose there, which is not so unusual.

A deadly poison called botulinum can form, which affects animals such as horses, who are very sensitive to it, as well as cows.

“The impact to nesting and young-of-the-year wildlife can be deadly,” biolgist David Long says.

Now a couple of wild game managers from Germany have come up with a solution to the problem, German newspaper Bild.de reports.

Rupprecht and Dieter oversee different species of game and work to take wild animals out of harm’s way.

In just a couple of weeks, Rupprecht Walch and his colleague Dieter Hampel have saved up to 90 fawns from dying.

The solution: A drone.

With the help of a drone that’s equipped with a thermal camera, the two young German men get up at dawn to search fields for any young animals and then bring them to safety.

The two inventors are happily flying the drone over various fields, devoted to saving as many animals as they can.

You can read more about wildlife management on the Wildlife Management Institute’s website.

Please share this article if you agree that more farmers should check their fields before they start bush hogging!