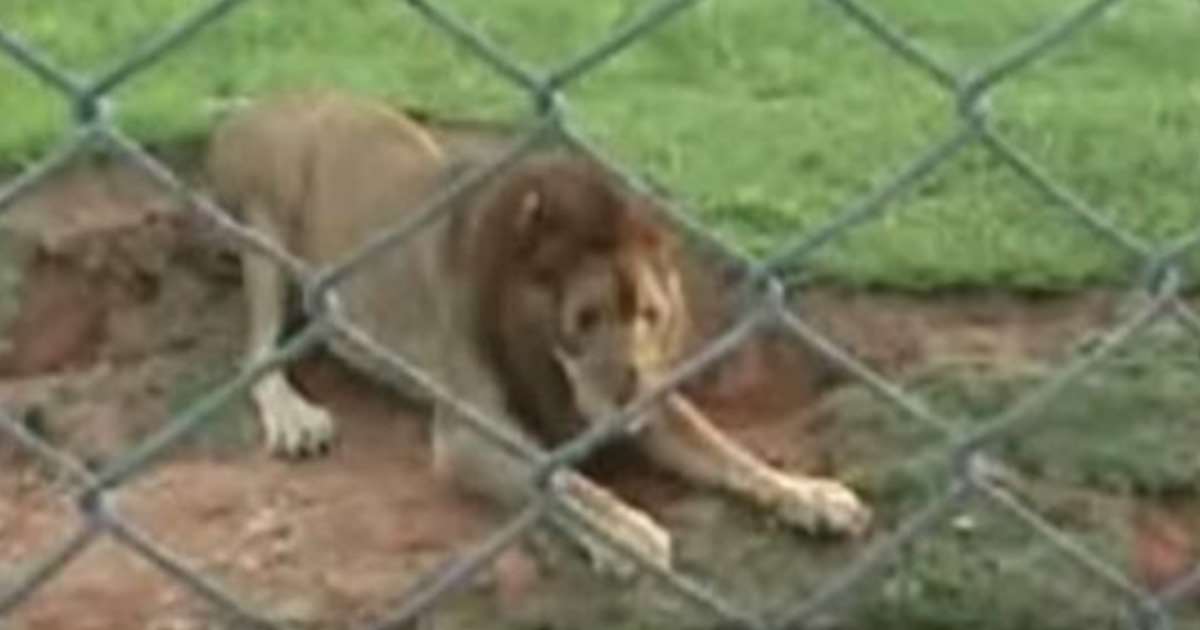 There are 19 countries in the world that prohibit circuses with wild animals, according to PETA. Unfortunately, many countries including the USA remain on the list that still allow this practice.

These pictures from Rancho dos Gnomos Santuário in Brazil show the wonderful reaction lion Will has when he feels earth below his paws — for the first time.

Before being rescued and taken to a sancturay, Will was forced to perform in a traveling circus for 13 years, living in a giant cage and unaware of what a regular lion’s life should be like.

Just seconds before being released, you can see how he quickly rushes to feel the earth below his paws — something he sadly had never experienced ever before.

This beautiful video was filmed in 2006 and it was just the beginning of Will’s freedom. Five years later, Will died of old age, but in those years he’d at least finally learned what it was like to be a lion.

“He had five years of tranquility before he died. Here he had the opportunity to interact with other lions. He loved to lie in grass and look at the sky,” sanctuary founder Marcos Pompeo told The Dodo. “He was a very happy lion.”

Watch the precious moment unfold below.

It’s awful to see how people exploit wildlife — don’t forget to share this article to help show that you stand against wildlife being used in circuses.