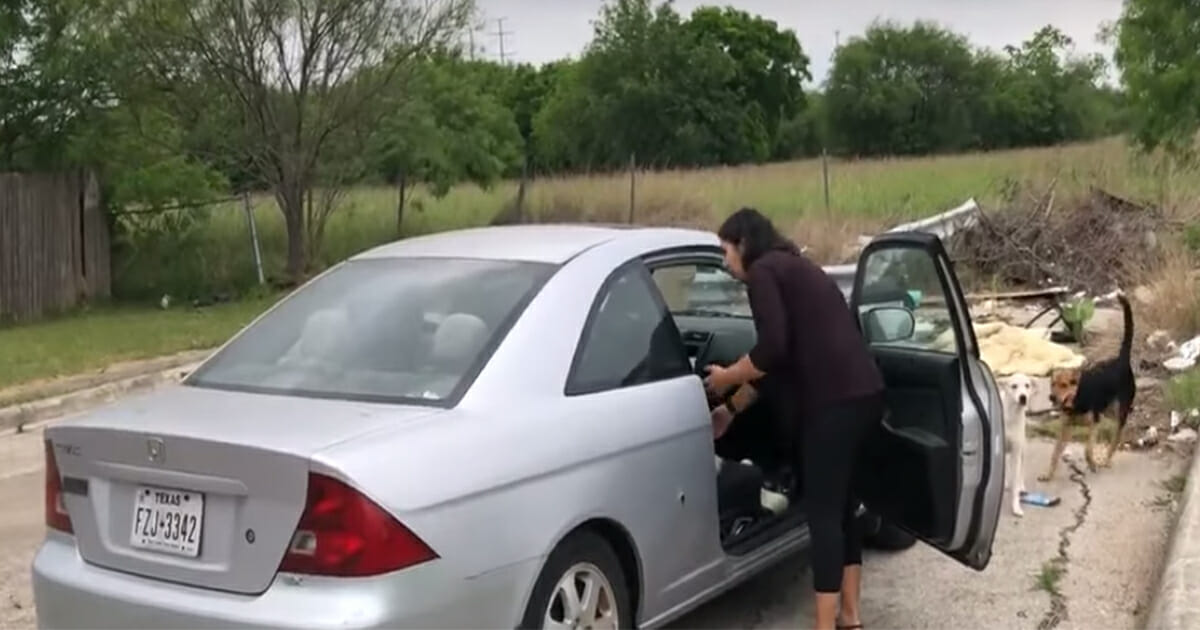 A dog is for life, not just for Christmas.

It gets said time and again, and yet animal abandonment remains a huge problem. For reasons I’ll never understand, some people think it’s okay to dump their pets and continue with their own lives like they never existed.

What most of us wouldn’t give to catch someone in the act, right?

Well, one good samaritan was lucky enough to do exactly that with a woman trying to abandon her dogs … and she got it all on camera.

That’s right, a woman was able to catch someone physically trying to dump not just one, but four dogs. In the video in question, you can hear the woman recording telling the suspect that she could have taken her dogs to the ACS instead, but it has no effect.

Though there were two people in the car, Lisa Norwood from the ACS has confirmed that there is only one suspect in the case; the female who is trying to goad her dogs out the car so she can leave them behind.

The woman later handed herself into authorities, perhaps in a last-ditch attempt to salvage some footing for a defence. Nevertheless, the offender – who has not yet been named – could face charges for each dog she has been accused of trying to abandon. A class A misdemeanour, any resulting punishment could be hefty, though deserved.

ACS said that officers who responded to the call initially only found three of the dogs the woman had left. When she later handed herself in, she brought the fourth dog with her, having gone back to get it.

Of the four dogs, DogWorld say that two of them are up for adoption, while the other two have already been adopted into new, loving homes.

Had the video catching her in the act not gone viral, she may have gotten away with dumping all four of her dogs. Fortunately, it caused a big enough stir to scare her into coming clean.

Watch the video in question below:

I don’t know about you, but just watching her attempt to abandon her animals makes my blood boil. I’m so thankful that not only was the whole thing caught on camera, but she is also likely to face a harsh penalty.

Share if you think abandoning any pet is wrong!