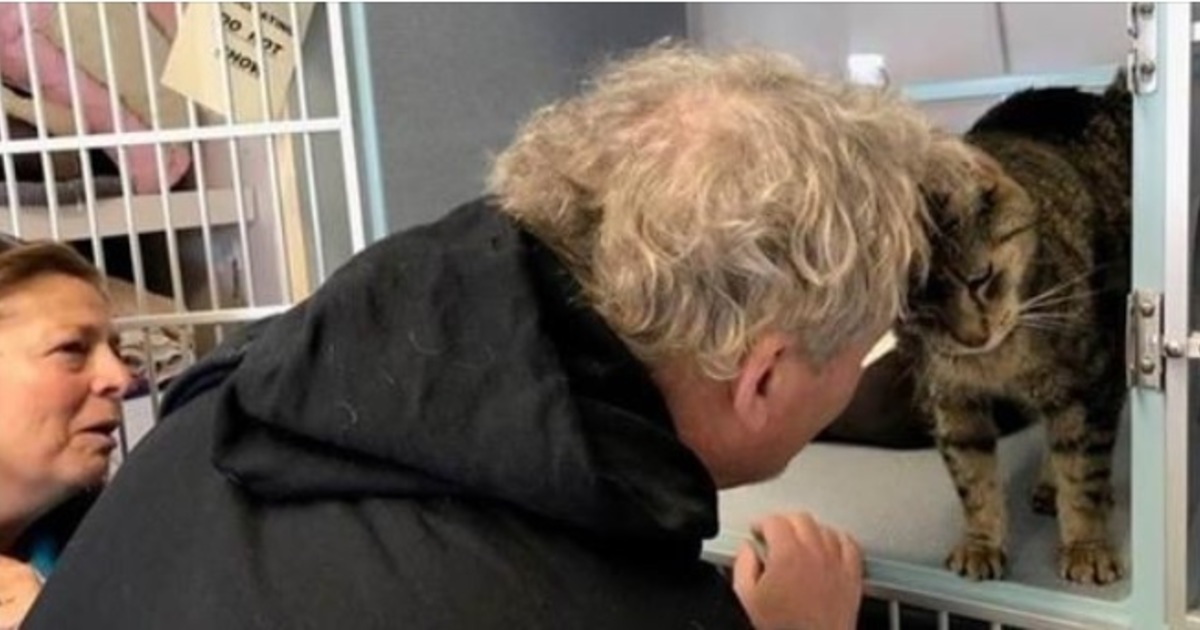 Jimmy the cat has always been a bit curious. He used to like to explore his neighborhood, get treats from the neighbors, and sometimes even sneak into cars when their owners left the windows rolled down.

But no matter where Jimmy went, he always came back — until the night he didn’t.

“He used to go in and out every day but always came back, except that one night,” Sue Zelitsky, Jimmy’s owner, told The Dodo.

In September 2014, Sue’s husband opened the door so 13-year-old Jimmy could go outside. But when night came and Sue’s husband called for Jimmy, he didn’t return.

The couple searched everywhere — but Jimmy was nowhere to be found.

Sue and her husband were devastated and put up flyers about Jimmy around their neighborhood.

Sue called for him every time she took her dog for a walk, hoping he would come running.

She and her husband didn’t want to give up hope. But after a while, they were forced to accept the fact that Jimmy would probably never come home.

Two and a half years later in March 2017, Sue was on Facebook and saw a post from the West Milford Animal Shelter. The post was about a stray cat that had been brought in off the streets — and he looked surprisingly similar to her Jimmy.

Sue commented on the post and tried to find out if the stray cat really was her beloved cat. And after messaging back and forth, she and the shelter were pretty sure that the cat probably was Jimmy.

Found after a snowstorm

“He was found approximately 10 miles from our home after the big March blizzard and brought in to the West Milford Animal Shelter,” Sue said.

Before Sue went to the animal shelter, she gathered some things she thought Jimmy might recognize, and she also brought a neighbor whom Jimmy was very fond of.

The staff welcomed them and brought Sue and her neighbor to the cat — and as soon as Sue saw him, she immediately knew that he was Jimmy.

“As soon as we opened the cage I asked him, ‘Jim, is that you, bud?’ And he walked over and head-butted me and I just started crying,” Sue said.

Sue’s husband also came to meet Jimmy. The cat also seemed to recognize him and greeted him affectionately. There was no doubt that the cat really was Jimmy. Somehow, he had finally found his way home!

Now, Jimmy is 15 years old and is very happy to be at home with his family. The couple’s dog recognized him instantly and welcomed him home, and the two cats that they adopted while Jimmy was gone also got along with him instantly.

“We are over the moon. It’s the greatest story ever and almost too good to be true… but it is!” Sue says.

Doesn’t it warm your heart to see this family reunited? Please share this heartwarming story with all your friends!