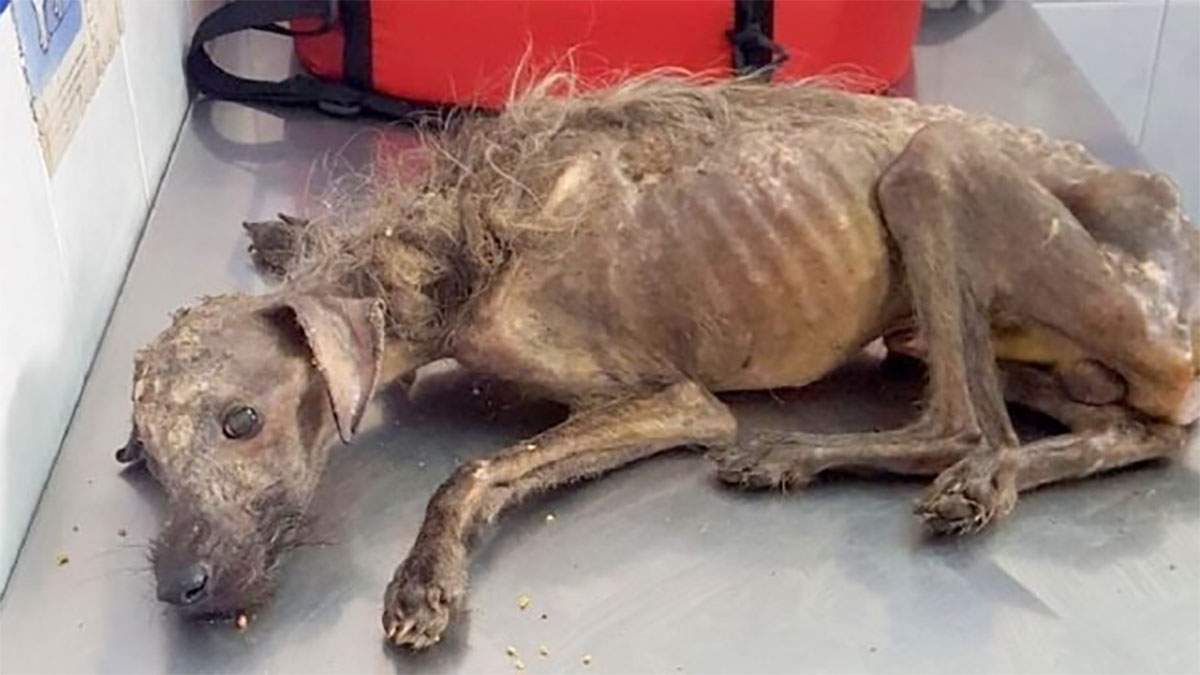 A visit to a friend just before Christmas led Pia to make a horrifying discovery which would end up changing her life.

She was told there was a starving dog running around her friend’s neighborhood in Argentina who nobody could catch.

“Eventually I found him lying next to a house, just lying there, and there was no shine in his eyes,” Pia told The Dodo.

She took him to the vet on December 23 and was told that he if he could survive the next few days he had a fighting chance.

He could barely stand and wouldn’t eat so Pia put him under a blanket and fed him water throughout the night.

“From the time I picked him up and took him home you could tell that he wanted to live.

“On two occasions I thought he was going to die, because he really wasn’t looking good.”

But this tiny dog continued to fight for his life and Pia called him Hercules.

Pia watched, worried and prayed that tiny Hercules would recover and when he took his first steps, albeit shaky, she said she “cried like a baby.”

From taking his first few shaky steps to running around her house, Hercules went from strength to strength and today he’s barely recognizable.

“As soon as he started walking it just got better from there,” Pia said.

Ten days later his fur has grown back and he loves nothing more than snuggling with the big-hearted soul who saved him.

“He’s a very snuggly dog and loves to be in my arms,” added the proud dog mama.

Watch Hercules’ miraculous recovery in the clip below.

Most people, even animal lovers, would have hesitated before taking Hercules on, he was such a scary sight, but this woman never gave up on him.

His transformation is unbelievable and he’s clearly so happy and grateful to be alive. Please share with all the dog lovers you know.