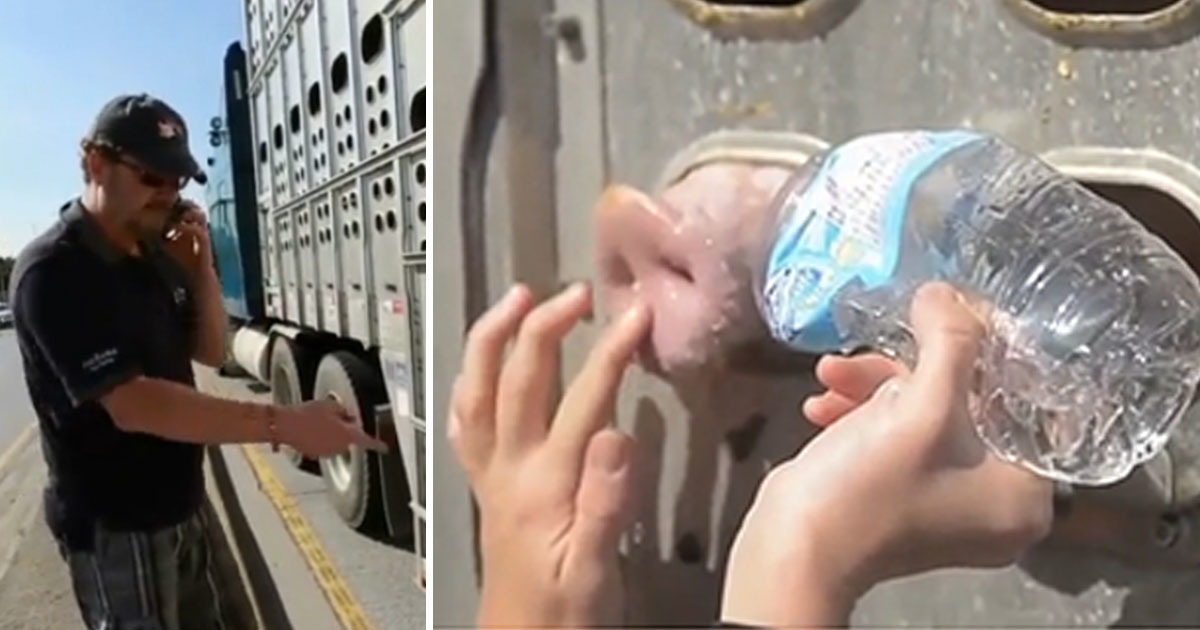 A truck loaded with pigs got her attention along the road. The animals were packed tightly, and it was a scorching hot June day. The pigs were clearly dehydrated.

So Anita decided not to just stand by and feel bad for them. She decided to help the poor animals the best she could – and began feeding them water from a bottle.

The truck driver did not appreciate her act of compassion and began shouting at her to stop.

He threatened Anita with violence should she not cease giving them water.

Despite this, it’s Anita who is risking jail time, as the owner of the pig slaughterhouse has pressed charges with police for giving the pigs “an unknown liquid.”

Really, all Anita did was give them water, and it’s clear to me she was just trying to ease their discomfort. Is it really a crime to help thirsty, hot, trapped pigs in a truck?

Animals Organization Toronto Pig Save, have offered to pay for any of Anita’s legal fees. I sure hope they drop this case!

Watch the video of the confrontation below:

I don’t think it should ever be a crime to help thirsty, trapped animals. Please share if you agree that animals deserve our compassion.