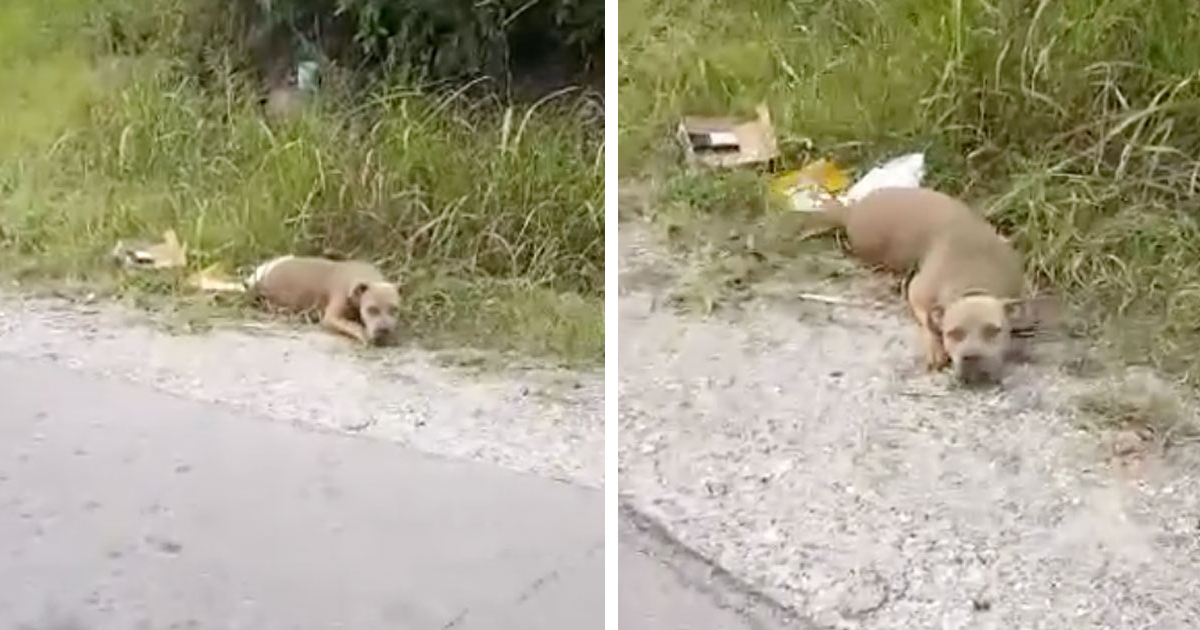 Judy Obregon Rossell is a true animal lover. Every day, she goes to an infamous dumping ground for unwanted dogs near Echo Lake in Fort Worth, Texas.

Judy goes in search of dogs that need a second chance.

Sometimes, she gets there just in time to save them. And sometimes she’s too late—the poor dogs have already met their fate and left this world.

When Judy showed up that day, she saw a dog that she thought was surely dead. But when she pulled over her car, the dog lifted up her head. She was still alive, but just barely. She couldn’t walk and needed immediate care. The vet found multiple fractures in her ribs and legs, but the injuries didn’t look like the result of a car accident.

“Unfortunately we do not know what happened to Mercy and can only assume the worse based on her injuries,” Judy wrote on Facebook after finding Mercy. “It is disturbing that Mercy had to deal with evil people at such a young age. I don’t even want to think about it!!! The area in which she was found in has a history of many discarded souls (dead and alive).”

Thanks to many generous animal lovers, Judy and the organization she founded, (The Abandoned Ones “Saving Animals in Danger” (TAO), were able to raise the money needed for Mercy’s medical treatments.

“Mercy has the sweetest soul that I can’t imagine the pain she endured, the fear of laying in the ditch she was found in. Dumped and ignored as she laid there in pain,” Judy wrote.

Judy often finds abandoned dogs dumped in the same spot. But what’s even worse is when she finds dogs that have been slaughtered, and in some cases tortured, before they were dumped.

But thanks to TAO and Judy, at least some of these dogs are saved from this terrible fate.

“You know that is one thing about animals I so love is that they are so loving and resilient regardless of what evil humans do to them,” Judy wrote.

Judy is a true guardian angel for poor dogs who haven’t had the best luck in life. Read more about TAO here.