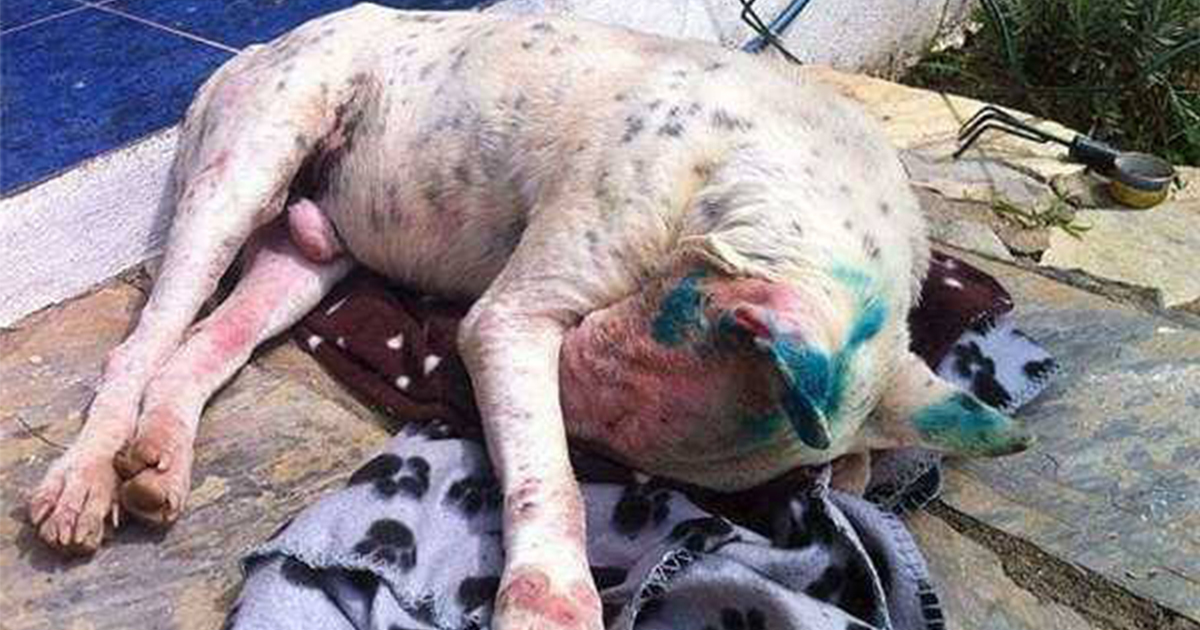 When animal advocate Liz Haslam set out to adopt an English bull terrier named Eric from Turkey, she had no idea how badly he needed a champion.

It turned out that Eric had been shot point blank by a shotgun. And when vets back in the UK X-rayed Eric and discovered 50 pellets in his body, Liz made a decision that moved me to tears.

Liz brought Eric to the UK in September 2015. And while the animal lover gave him the best possible care, the bull terrier’s vision deteriorated to the point where he was almost completely blind. But it wasn’t until Eric seemed to develop an absessed tooth that vets X-rayed him. And that’s when they discovered Eric’s tragic past.

The X-rays revealed as many as 50 lead bullets lodged in Eric’s skin and bones.

Liz Haslam has been saving dogs for her entire life, and she knew that Eric’s life in Turkey was tough even without the shooting, so she made a decision.

Liz decided to give Eric the best life she could. Her only income is what she earns from her organization, Beds for Bullies Rescue, so she started a collection to pay for Eric’s operation.

“I live for my dogs and do everything I can for them. To enable to me continue what I do, I need somebody to help me along the way with some funds,” Liz told the Daily Mail.

Now, Eric’s survival story is spreading like wildfire online, and Liz is continuing to collect donations on behalf of Eric.

It hurts my heart to read about Eric’s horrific past, but thankfully, he has Liz in his life now, so his future looks bright. Please share Eric’s story and help us give Liz the attention she deserves for all of the great work she does on behalf of Eric and other dogs!