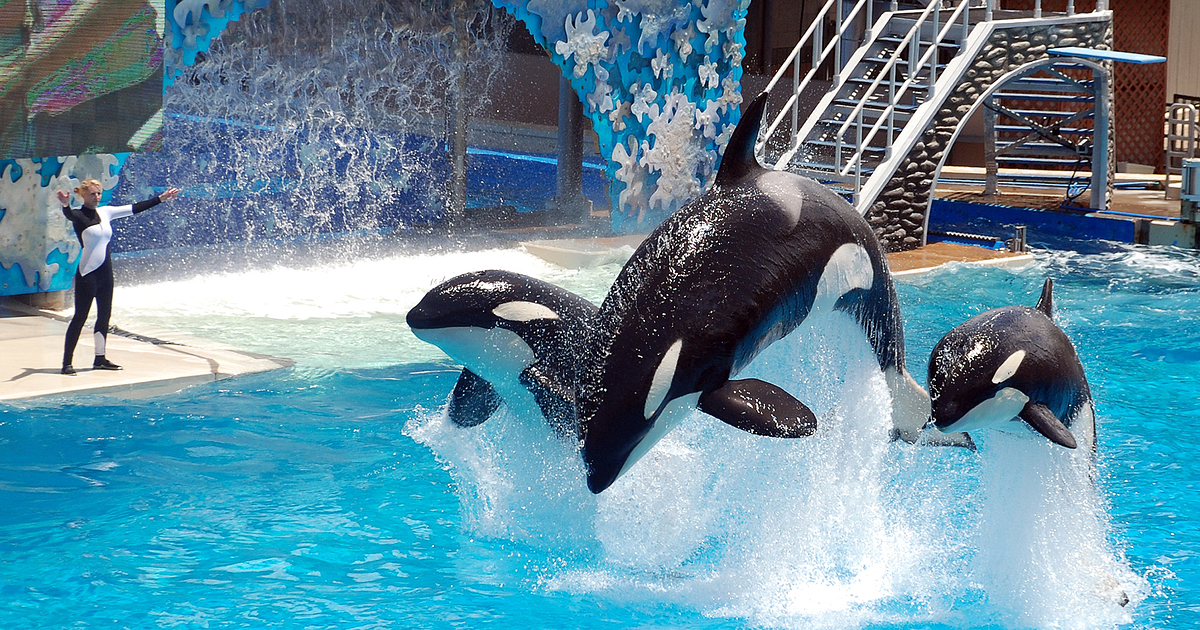 The plight of killer whales being held in captivity and made to entertain audiences in San Diego really came to the public’s attention after the airing of a shocking documentary – Blackfish.

In the aftermath, the number of visitors at SeaWorld dropped dramatically and its share price plummeted as the full impact of the film was felt.

And after SeaWorld announced in March that they would be ending their breeding programme, as well as halting the orca performances, an even bigger announcement has been made by a politician.

On Tuesday, California’s Governor, Jerry Brown, signed the SB839 bill – which outlaws SeaWorld’s killer whale breeding programme and entertainment shows. There is also a $100,000 fine for anyone who breaks the law.

Previously, campaigners highlighted a number of reasons why orcas shouldn’t be kept in captivity and used in performances like those at SeaWorld. This included evidence which suggests male killer whales kept in captivity are far more likely to have a drooping dorsal fin than those seen in the wild. An example being the one in the picture below:

Orcas are highly intelligent and the case of Tilikum – which is arguably the best documented – shows the damage being held in captivity can do to the giant mammals.

Over the course of his life, the stresses, strains and frustrations placed on Tilikum saw three humans lose their lives. He was kept in a tank containing 0.0001 percent of the quantity of water that he would travel in a single day if he was in the ocean.

Tilikum is still at SeaWorld and is said to be recovering from a bout of ill health – hopefully, this news will help him on his way.

Share the good news with all your family and friends!

At Newsner, we believe animals should be treated with the utmost respect. Like our page if you do too.