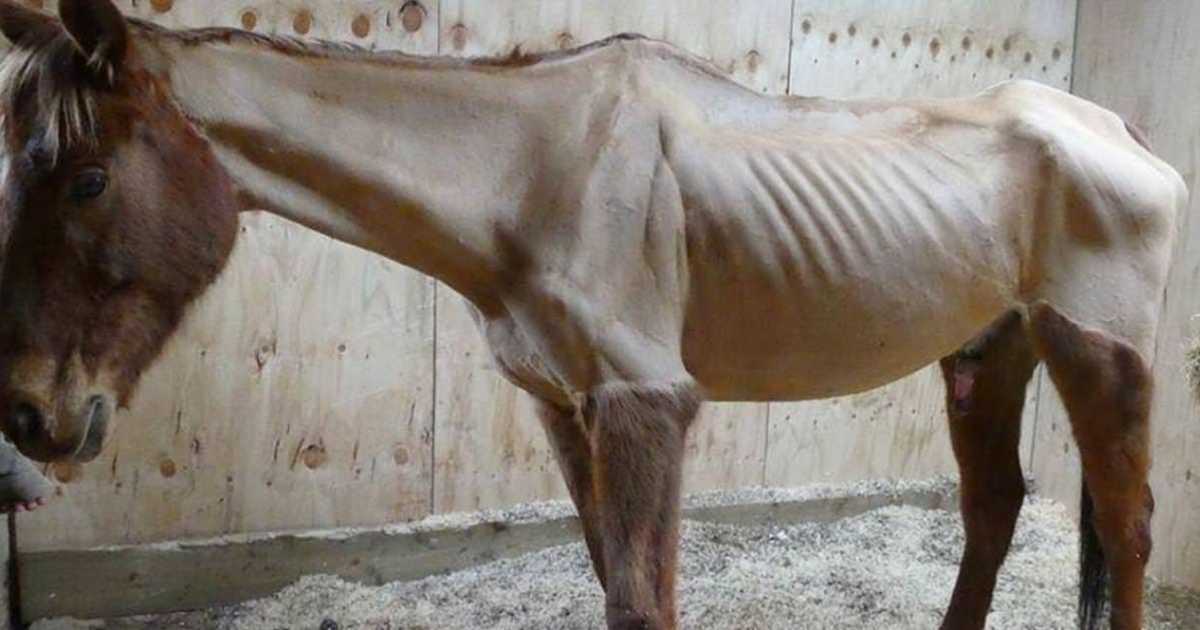 I assume that anyone with a horse is always thinking of what’s best for the animal.

Unfortunately, this is not always true — but that doesn’t mean that we should just stand by and watch when people engage in animal cruelty.

This 22-year-old woman from England called herself a horse lover and an ambitious rider, but it didn’t take long for photos on Facebook to reveal her true colors.

It was when the 22-year-old woman was riding the horse Thor that she was caught in the picture.

The pictures seemed innocent and ended up on Facebook — but animal lovers who took a closer look made a horrendous discovery.

At first, the horror was hard to see, because a blanket was hiding it.

The woman had covered the horse’s back with the blanket to keep the horse warm. But it also prevented the organizers from seeing the horse’s protruding bones.

When the pictures were posted on Facebook, dozens of people reported her to animal welfare organizations.

The RSPCA (Royal Society for the Cruelty to Animals) took a closer look at the case, and when they saw the selfies of the woman with Thor, they realized something was seriously wrong. And they decided to get to the bottom of it.

“Thor looked incredibly thin and you could see pretty much every bone in his body,” RSPCA inspector Suzi Smith told the Telegraph. “He was obviously unwell, and after a vet examined his body, his body condition was rated zero out of five because he was that thin.”

Thor’s owner was taken to court, where she was held accountable for her actions.

The court sentenced the woman to 160 hours of community service and a fine of almost USD $550. In addition, the woman is forbidden to own horses for 10 years.

Thor was taken care of and rehabilited at an animal shelter. With the right medical care, he was better and stronger in no time.

He was once again the beautiful, healthy horse he had once been!

Thor is now enjoying his new life without any pain. He can finally run free gain and get the food he needs to thrive.

It’s hard to understand how this woman could neglect such a beautiful horse.

Fortunately, Thor is now in a place where he gets the love and care every animal deserves. Share this to show that animal cruelty is never okay!