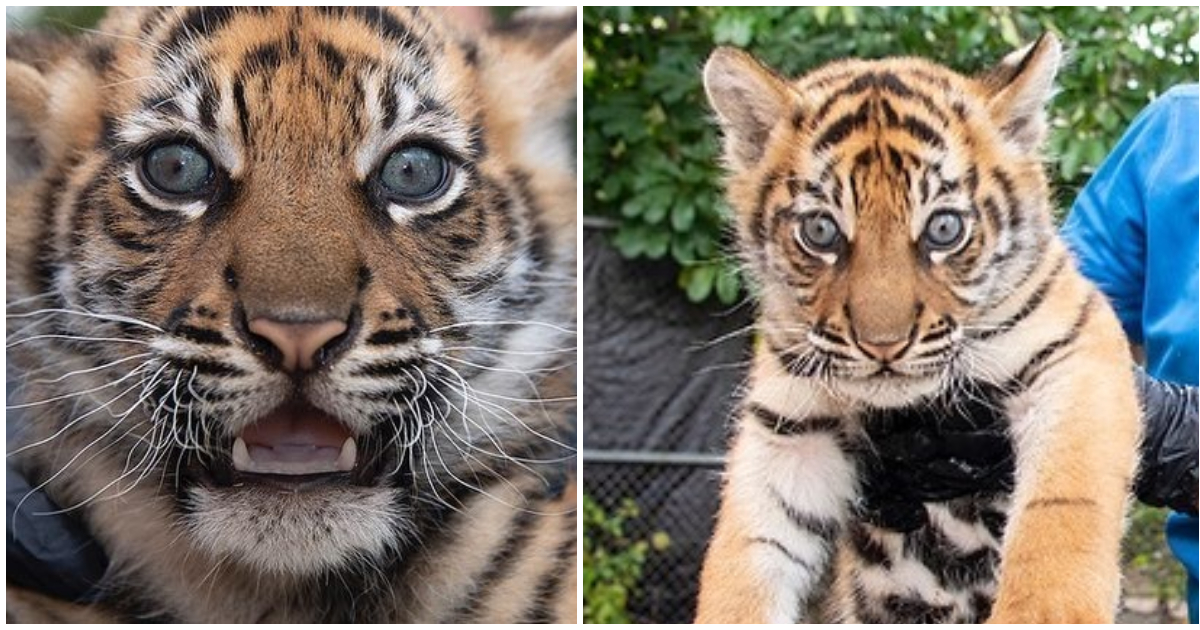 It’s always a special day for a zoo when a new animal is born — everyone loves seeing a cute newborn. But it’s even more special when the baby is part of an endangered species, when each new birth is a step towards keeping a species alive and populous.

Which is why one zoo is celebrating the birth of a very rare tiger cub, who just happens to be pretty adorable too.

The Sumatran tiger is a critically endangered species. According to the zoo, there are less than 500 of these tigers left in the wild, and only 72 in US zoos. The new cub is believed to be the only one born since 2019.

She was born to 12-year-old father Berani and 9-year-old mother Leeloo. It’s the mom’s second birth.

While the cub was born in January, the zookeepers gave the mom some space to “allow sufficient time for mother and cub to develop a strong bond without any significant interruption.”

“She is a particularly nervous and protective mother so extra precautions have been taken to isolate her and her cub to reduce external stress,” Zoo Miami wrote.

But a checkup revealed the cub is in good health, and has received all her vaccinations. She weighed about 3 pounds at birth and has now grown to 14.3 pounds.

“The cub has made it through the most critical time of her young life and she appears to be developing well,” the zoo wrote.

Adult female Sumatran tigers grow to be about 200 pounds. This cub is growing fast, and already looking pretty ferocious!

While the cub is in good health and growing well, she won’t be available for public viewing yet. She will still have some more time in seclusion, bonding with her mother.

But with her adorable photos going viral, it’s clear that this tiger cub has already won the public’s hearts.

And since the cub doesn’t have a name yet, the zoo is letting fans help name her — all while supporting a worthy cause. A naming contest, held through may, will raise money for the Species Survival Plan’s “Tiger Conservation Campaign,” which supports anti-poaching efforts of the Malayan tiger.

What a beautiful tiger cub. We can’t wait to see her grow up big and strong, and help bring attention to this critically endangered species.